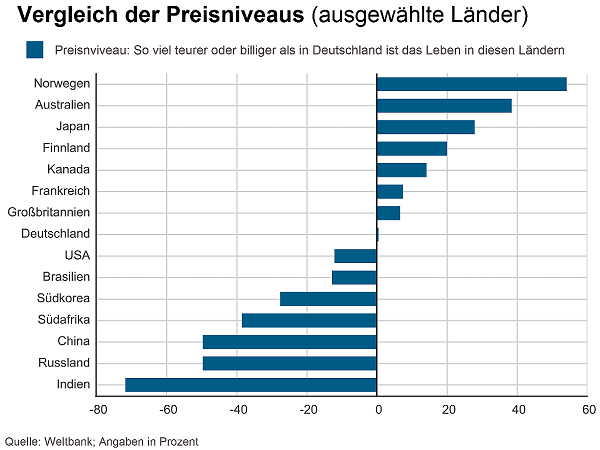 The Federal Statistics office this week released a report that compared the cost of living in 179 countries compared to life in Germany.

Surprisingly, life in Germany is quite cheap compared to most other countries.

The comparison is based on shopping for similar items then comparing the total costs. India was quite cheap, ranking 71.8% cheaper than Germany while Norway was the most expensive at over 50%. Within Europe Norway, Belgium and France were more expensive than Germany while Portugal, Italy and Greece were cheaper.