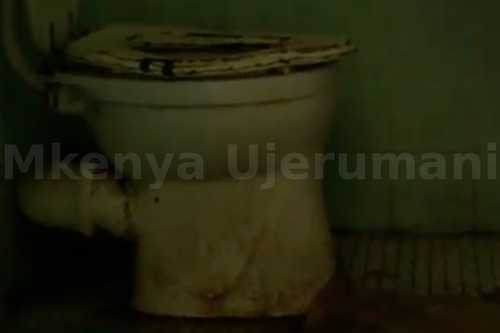 Gone are the days when the hottest shows on TV were Fresh Prince of Bel Air, The Cosbys, Full House, Perfect Strangers or even Renegade. Shows that were made to entertain.

This must have been my greatest shock when I moved to Germany. In the beginning I couldn’t understand German so I only watched MTV, CNN, Arte and France24, the only channels in English and French. When I could finally understand German, I wanted to watch all the shows on German TV.

Woe unto me, cause most channels simply run shows that ridicule people on welfare benefits (in Germany, Hartz IV). Some call most of these channels Hartz IV TV cause that’s all they show. And some of the channels that were a bit sane, are now catching up with the trend and featuring their own. Others have decided ridiculing the poor isn’t enough and have decided to ridicule the poor in Afrika instead. (Read: An Open Letter to Prosieben for Their Racist and Colonial Portrayal of Tanzania).

I thought this was a German thing. I thought this was just a modernised version of the traditional human zoos that were in Germany back in the day. Well, seems it’s not only in Germany. A new show in the UK, has also come under fire for its exposure of a street where 95% of its inhabitants live on benefits.

In German they are referred to as “Hartz IV TV” defined as: tv shows that air between 9:30am and 8pm that mainly focus on people living on Hartz IV. The shows tend to contain a lot of screaming and use of bad grammar and vulgar terms. The shows are very dramatic and unrealistic.

Although such a show exposes the other side of Europe we never used to see in the traditional shows, is it ethical to ridicule such people? For the longest time Africa has always been used for such, even now if you google the word poverty, 99% of the google images you get are of African or Indian children. But does it make sense to now turn it to the other side? Does that make it okay? I find the whole practice unethical regardless of who is being ridiculed or exposed…..why can’t people be a bit more creative with their shows?

What do you guys think? I found it funny though that ARD (German TV channel) went to do a feature on the British show and condemned the exposure of the people living on the “Benefits Street”, yet the same happens in Germany and no one condemns it publicly.

Is this Kenyans’ New Reputation in Germany