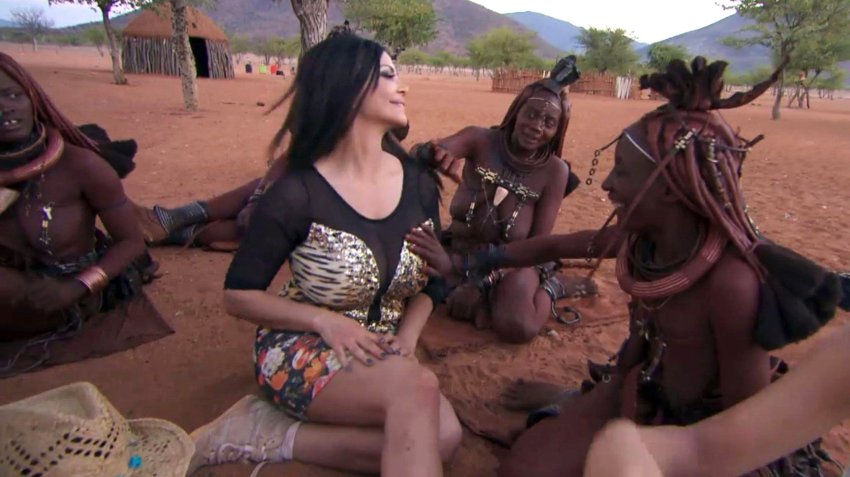 When RTL started their show “Wild Girls – Auf High Heels durch Afrika”, protests came up from all quarters and the show had to be stopped. Any intelligent person would think that would be the end of such shows and an example who to anyone who’d think of having such a plot. Well, not everyone is intelligent.

The show on RTL, was to follow some German “divas” in the Namib desert. The show was termed as “neo-colonialist”, with some politicians condemning the thinking behind the show. They Greens spokesperson added, “As you know, massive crimes were committed against the people in Namibia  during the German colonial period (…) Therefore it seems inappropriate to me, to broadcast a program based on such clichés about the people of Namibia”.

Prosieben then went out and decided instead to have the same program with a few variations in Tanzania instead. Tanzania was also a German colony before it was taken over by the British, meaning there were atrocities against the Tanzanians as well, just changing the name of the show to “The Reality Queens auf Safari” just doesn’t make sense.

Several NGOs led by the Tanzania-Network.de e.V. have come out to demand a stop to the transmission of the show through an open letter. You can read the original letter in German: Tanzania Network.de letter to Pro7 or read the English translation below.

STOP THE TRANSMISSION OF “REALITY QUEENS ON SAFARI” (Pro7)

on behalf of the Tanzania-Network.de e.V and a group of NGOs, I request the immediate stop to the transmission of the “Reality Queens on Safari” show on Pro7.

The format of the show reinforces commonly held stereotypes of the east African country, Tanzania; stokes prejudices and represents the people of the country in a racist and discriminatory manner. The picture portrayed of Tanzania and its people is stupid, insulting and sometimes inhumane. The broadcast of the program is therefore unacceptable.

Already in the opening credits of the show Tanzania is presented as a small country where Africa is more than a prop and wild animals and primitive people are real. This representation isn’t near the reality. Tanzania is 2.5 times larger than Germany, has a population of 45million and a cultural diversity of over 130 different ethnic groups and languages. That such a professional and influential company like Pro7 would broadcast such an unrealistic picture of Africa is very frightening.

Some of the statements of the candidates in the show on 22.08.2013 cannot be excused based on lack of knowledge or (staged) low level of education and intellect; but are evidently made solely for humiliation. In connection to the camera settings and the editing, there are constant implications to the outsider to disgrace the people. An example here is a statement from one of the candidates who points out that when they (the candidates) arrived at the airport, the Tanzanian men had a Samensturz. After this comment, images of copulating monkeys were shown. In addition to the perverted insult by the candidate against Tanzanian men, the images that follow can be related to the comment thus comparing Tanzanian men to monkeys. That is an outrageous racist colonial comparison.

Unfortunately, your company and the media have missed the increasingly reflective and diversified discussion by governmental and non-governmental institutions to overcome stereotypes, discrimination and racism, something our organisation have been fighting for for the past ten years. Consideration of anti-racist and non-discriminatory discourse as a basis for your work seems not to correspond with your corporate philosophy. Disregarding these in the name of marketing as you carry out such discrimination, however has less to do with philosophy and more to do with violation of human dignity.

Tanzania has since independence established itself as politically stable and a peaceful hub in East Africa. Despite its ethnic heterogeneity it’s been on a peaceful and successful path of democratization for over twenty years. It’s considered and recognized internationally as an example for the coexistence of Christians and Muslims. To reduce this country’s stunning landscapes and diverse flora and fauna and people to only colonial racist stereotypes, in no way makes up for these facts.

Therefore, we urge you to stop with immediate effect the transmission of the “Reality Queens auf Safari” show.

In anticipation of a positive response from you,

I remain yours sincerely,