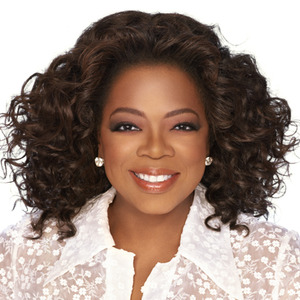 If you’re into celebrity news you might have heard that Tina Turner was getting married to her Swiss beau in Zurich last month. To join in the celebrations, her celebrity friends were invited among them Oprah Winfrey.

Like most ladies, everything is an excuse to go for shopping. So Oprah having flown to Switzerland for the celebrations took time to visit some shops and that’s when she met the big monster.

Oprah walked into a handbag shop and fell in love with some cute black bag. She requested the attendant to pass over the bag so she could look at it, but the attendant refused. When Oprah insisted, the attendant simply told her to her face, “You can’t afford it, it’s too expensive”…..hehehe…..yes oooo. Seems the colour of your skin and not your wallet determines whether you can afford an item or not.

So incase you have been living under a rock together with that attendant and don’t know who Oprah is, let me help you out. Oprah is not only one of the most influential women in the world but also one of the richest people in the world.

As a black person in Europe, shopping at high end shops is always a disaster waiting to happen. First, they stare at you long and hard as you walk around in the shop if it’s those tiny shops. If you come in and the person was in the back room doing something, of course when you come in the door tingles. The attendant usually peeps to check who walked in and if you’re black, they don’t have the decency to come out to talk to you and if you walk out while they are still at the back, they shout out “Tschüss”….lol…..

The other is if you walk into a larger high end shop, they will usually have the watchman or even one of the attendants follow you throughout. I know you might think, good customer service, wrong. Actually if in the midst of being followed you ask to see something or request the person to get you maybe a difference size of an item. They don’t budge, if you’re lucky they might call out to a colleague to bring whatever you asked for (mind you their eyes don’t move from you, lest you pack up the whole shop and walk out with it).

And the usual reason for not bringing what you’re asking for is “that’s too expensive”……as in really????

Some have argued that this is a normal occurrence even with caucasian clients. Maybe the total disregard is a cultural thing within Europe where they judge you according to your outfit, but when you are in such a shop as a black person and there’s a caucasian client who looks exactly like you, more often than not, you’ll notice a difference in treatment. You might argue that as a white person you’ve also been told you can’t afford something (which is quite normal in Europe) but usually when a white person insists they eventually get it. If a black person insists, they either ignore you or you’re kicked out.

Though it’s sad that Oprah underwent such treatment, at least now I know it has nothing to do with your wallet but your colour.

Watch below as Oprah tells about what actually happened.