A recent study was released showing details on student life in Germany. Some of the information included was where foreign students in Germany get the money to sustain themselves during their stay here. Unlike the perception that people tend to pass on that being a student allows you to also make enough money to sustain you, in Germany that isn’t the case.

First of all, not only are students not allowed to work more than 120 full days or 240 half days by law but also that there are very few jobs that allow foreign students juggle school and work.

At the top of the list is Part time jobs followed by student jobs that are usually offered at the Uni or at companies. You can read on How to Earn a Living during your studies. 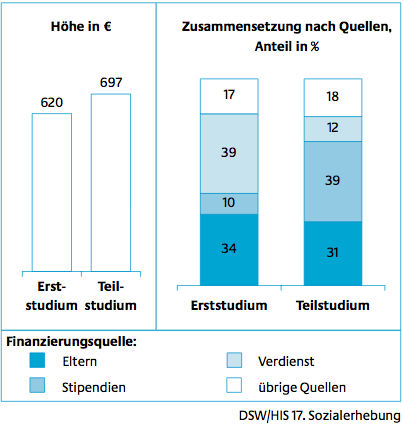 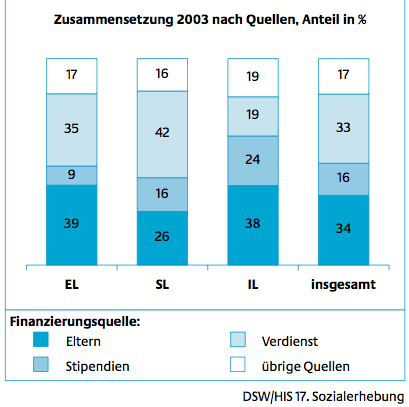