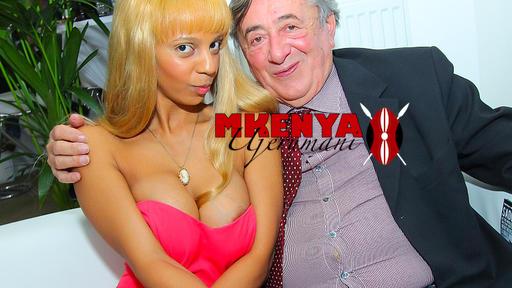 You might not know the guy’s name but I’m sure you’ve seen his face at least once on tv, online or on newspapers. Richard Lugner is his name, an 81 year old, rich entreprenuer from Austria known for his shopping mall, Lugner City and his attempt in politics a few years back. But that is far from why I’m writing this post. The topic at hand is his new girlfriend.

Bahati Venus, who is allegedly half Kenyan and according to her comes from planet Venus, is a rapper. Bahati is 26years old.