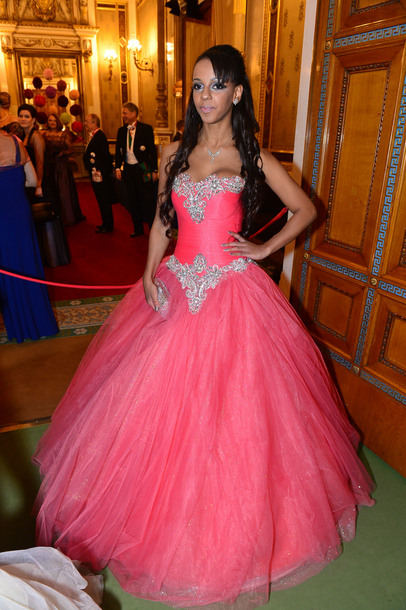 The famous Kenyan German socialite, Bahati Venus also known as Kolibri, after breaking up with the Austrian tycoon, Richard Lugner, has decided to look for love.

The half Kenyan will be featured on the Austrian television show, “Messer, Gabel, Herz – Das Blind-Date-Dinner” aired on Puls 4.

If you’d be interested in taking part in the show, you can apply by filling this form and uploading your picture. (Kolibri sucht Mann fürs Leben)

The application deadline is 5. August 2014

You don’t know who this is, read about her Kenyan Pointee Dating Famous Austrian Entrepreneure, Kenyan-German Socialite Dazzles at the Vienna Opera Ballere or listen to her song below. According to news reports, it seems Herr Lugner is engaged to someone else already. And in case you also don’t know who Lugner is, well, he’s that rich Austrian who paid Kim Kardashian to be his date at the Opera Ball earlier this year. Only for Kim to pocket the cash and bore the guy almost to death…..Anyhu, that’s all gossip 😉

PS: The music MAY NOT be appropriate for minors. Listen to it alone before you do it in the presence of kids.