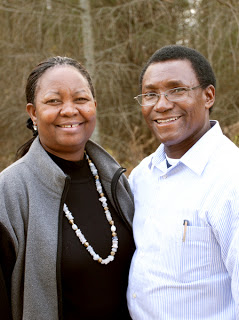 The 62 yr old former businessman, Charles Muli, was named Aid worker for the Year by idea.de during their annual recognition segment this year. Charles Muli has been dubbed in some quarters as the new Mother Teresa for his work with rehabilitating street children.Charles together with his wife, Esther, run the Mully Children’s Family (MCF) that homes more than 7000 former street children and drug addicts who are offered a second chance at life through food, clothing, shelter, medical care, Christian education, vocational and skills training. The children are supported through three homes in Ndalani, Yatta and Eldoret, and three community-based centers in Kangundo, Vipingo and Kipsongo.

Mully Children’s Family is committed to self-sustainability. While simultaneously caring for the children’s needs, MCF focuses heavily on income generating activities. Over 50% of their operating budget is met by the product of their farming initiatives. In addition to generating income, they are committed to training the children in their care such that they acquire the skills to be self-sufficient upon completing their education and rehabilitation at MCF.

Charles Mully knows the names of each and every one of the children that live at MCF. He knows first hand how important this is. Abandoned to the street himself at the age of six, Charles learned quickly how to fend for himself. At the age of sixteen, with a newfound faith and the clothes on his back, he walked three days to reach Nairobi with hopes of finding a job. Eventually hired as a gardener for a wage of one dollar a month, Charles worked his way up in the world. First, as a field clerk in a horticultural farm, then manager, and eventually as the founder and owner of a successful petroleum distributorship, Charles Mulli became a self-made millionaire.

Married to his wife and life companion, Esther, they had eight children of their own. They had a wonderful family, a strong faith, and all the material possessions they could ever want. Life was good, but something was missing.

Leaving a business meeting to find that his car had been stolen, he asked a boy loitering on the street who had taken it. The boy replied, “You didn’t pay me to watch it”… a seemingly harmless accusation that Mulli couldn’t get out of his mind. For three years he tried to ignore it, but the strain became overbearing. He knew he had to do something for these kids.
In 1989 Charles gathered Esther and their children around the table for a family meeting that would forever change their lives. He told them that God had convicted him and that he was to devote his life to helping the street children in his native land. He vowed that he would never do another day of business again. Gaining their support slowly, he started the process of selling everything they owned; property, houses, cars. Even their clothes were given to the poor.

Mulli took to the slums of Eldoret, Kitale and Nairobi, walking the streets day and night. He took children to a local river, where they were washed, given medical attention if necessary, and encouraged to participate in sports and games. But Mulli remained unsettled. It wasn’t enough.

One evening he showed up at the family house with a group of street children in tow. They would stay with his family. From that day forward, each time a child went back to the streets for the lure of drugs or criminal behavior, Mulli would drop everything and go searching until he found the child and returned the child to his home. A practice he continues to this day. Mully Children’s Family now has four locations serving thousands of destitute children and giving them a future with HOPE.

Read more on their activities at Mully’s Children’s Family.