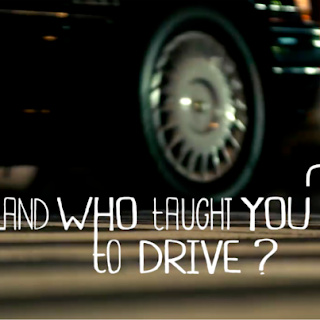 This is a German film that was released last month, considering it’s an international movie, it’s all in English. The German parts have subtitles. It’s too funny, you should watch it. If you just moved here from wherever, this is a movie you should watch. Driving is interesting but it can get to us, especially with the different rules in different countries. Check out the trailer below, I know you’ll want to watch it:

A meeting with HFF Munich graduate Andrea Thiele and her screenwriter Lia Jaspers during the Discovery Campus masterclass introduced producer Stefan Kloos to their documentary project about expats wanting to learn to drive in completely different countries and about the challenges they face in the process.
“Cinema needs this kind of documentary that shows universal, underlying truths,” Kloos says. “Learning to drive is quite a unique situation because, in a way, it is the first test one voluntarily undertakes after all the exams during one’s time at school. We saw that everybody can immediately relate to this particular feeling.”
The film focuses on three expats – a young South Korean woman in Munich, an American in Japan, and a German in India – who are all in desperate need of a driving license in order to work and survive in their new home. While taking the driving lessons, they soon realize that the major drawbacks are not strange traffic rules, but their own ingrained culture.
“We are using this means of transport as a metaphor for cultural differences because you always have to react immediately to the traffic around you, you can’t just rely on the customs of your expat cultural society,” Kloos explains. “Our aim is not to present the world’s stupidest learner drivers or spend hours driving around with them in their cars to see what happens. We are shooting a true cultural comedy.”
Kloos, whose last feature documentary THE OTHER CHELSEA by Jakob Preuss won the Max Ophüls and First Steps awards and is now traveling on the international festival circuit, describes this new film as “a celebration of diversity of cultures and their underlying structure, rhythm and values; a documentary comedy that illuminates the dilemma of the individual in a globalized world. It’s full of humor and bittersweet moments, truly made for a wide audience.”
The world premiere is being planned for Filmfest München at the end of June, followed by a theatrical release in Germany through Real Fiction.
The movie is distributed by
Real Fiction Filmverleih GmbH
Hansaring 98
50670 Köln
Share with friends:

Another Kenyan Documentary on tour – Sportsfreunde