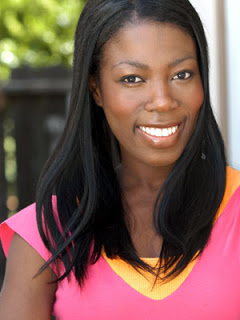 Dayan Tweneboah Kodua, a Ghanaian by birth but German by naturalization, came to Germany with her family when she was only 10yrs old. Her first days in school, she was excited to be in Europe where she had always believed was in the skies. Unfortunately, on coming to Germany, the society wasn’t waiting with welcoming arms. The children were curious, asking if she tasted like chocolate and if she was rained on she’d turn white; some adults were outright mean.

Her older sister advised her never to suffer in silence but instead to fight back when kids or even adults were mean to her. A defence mechanism she learnt very fast.

As a teenager, she discovered she loved the stage as a model, dancer and actress. Coincidentally, she secretly applied for the Miss Schleswig-Holstein title and won. Then came the hurdle of explaining to her parents that she had been modelling and on top of it, won a whole title that to date has never been held by an African.

This led her to modelling for HUGE names in the industry including Versace, Escada and Thierry Mugler.

Eventually, she did her Ausbildung in acting at the Coaching Company in Berlin; Howard Fine Theater of Arts and at Tasha Smith Studio in LA. Not only did this perfect her acting skills but garnered her spots in some of the huge productions in the US like Boston Legal and Passions, she also got into movies like Crank and Lords of the Underworld.

Despite her successes, she remains down to earth and engaged in organizations aimed at helping the less fortunate. Among these organizations include Imic e.V. an organization in Hamburg that works to help youth integrate and also improve on their education and Ghana Hilfe.

She’s considered a role model by many African youths brought up in Germany, thus getting the privilege of being on the cover of the first edition of African Heritage Magazine in 2006; being named an ambassador of New Face of Afrika in Hamburg and as cultural ambassador for Africa in Germany.

Dayan who had the privilege to enjoy education in Europe due to her parents’ insistence understands that that is not always the case for migrant children in Europe. A very hard working lady who’s always determined to achieve what she sets her mind to advices the youth currently in Europe: “Get involved, don’t deny where you come from but don’t blame all your problems on your skin colour”.

Her CV is one that would make many celebrities green with envy. You can salivate on it, or download it and use it as a challenge. Anything and everything is possible if you set your sight and energy towards it. Read more about her on her own site. Dayan Kodua.com

Below is a video from a recent interview.

I liked what the guy said, when someone makes a racist comment, they know what they are saying and they meant it when they said it. It wasn’t a slip of the tongue.

“Most African or black actresses in Germany, only get the stereotypical roles like a prostitute, thief or house maid.” – Dayan Kodua