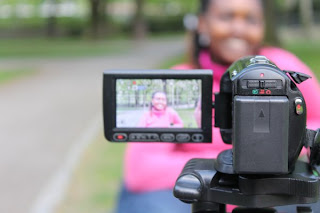 Most of you have already watched this video of my interview but it had to be reposted due to some politics with some of those involved.

Remember the Unpopular but Progressive video I posted, well I’m just about to write something that most of you will find very very unpopular, but I’ll still go ahead and do it because it’s something we need to hear.
When you open your mouth to tell someone you will help them or that you will do something for them, please be “man” enough to keep your word. I find it very irritating when we especially Kenyans continue to speak and write making promises we don’t plan to keep. Why give your word when you don’t plan to keep it?

Helping people is not something everyone can do, face it. It might sound great to add it to your CV that you engage in philanthropic acts but they require a kind of heart not many have. When you wake up and decide to help others, it should be a conscience decision knowing that people won’t necessarily appreciate your efforts and you might end up loosing more than you gain. When you help others based solely on the fact that you will gain, you’ll be very frustrated and disappointed.

Ngao ya Jamii came up with the idea to do the interviews in order to help au pairs. They went out of their way to make the project a reality. Most of those Ngao members have jobs, school and families that keep them busy, meaning them undertaking the project wasn’t because they were idle. For example when my interview was done, there were 4 Ngao members including the person who later edited the video and reviewed it. Can you imagine after all that work, some people waking up and just deciding that they didn’t want to be part of it, well after the videos had even been aired at the Ngao event and uploaded on Youtube. It takes close to 6hrs to upload a 20min video to youtube.

As in, do you have a heart you people? Why waste people’s time? Why in God’s name wash down the drain people’s efforts? I’m not a Ngao member but this story has bugged me. You might have valid reasons for why you want the video removed, but why go threatening people? As in, some of us just go out thinking we’re better than other people.

The reason our continent will never go far is because of such stupid actions we undertake. Always thinking about yourself without thinking of others and what they had to sacrifice to make it happen. I will always allude our actions to politics. The only reason 2 criminal suspects think they are better than 40million Kenyans and are willing to sacrifice the whole country is because of such behaviour; thinking the world owes you something and that it should revolve around you.

I hate long posts, lakini I can’t help myself with this one juu ya vile nimekasirika.

It’s very sad when people see their fellow country men doing well and they go out of their way to bring them down. I’m telling you, if you think you’re the only one who has a right to success, here is a News Flash, you aren’t. What do you gain by bringing others down????? I’ve heard people say, heee they are making money off of you, really? If only you knew that running most of these community projects rarely earns you a cent, but instead end up costing you extra; you wouldn’t be so quick to say how people in social engagements earn money. Why demoralise people who want to help others?

Some of us have a habit of underestimating people just because they are your fellow countrymen, you look down upon them with your nose held high and yet when misfortune befalls you, you’re the first to call on the Kenyan community for help. Yes, I know you, those who say “I don’t hang out with Kenyans”, but will be the first to send emails to Kenyan organizations for help when this German life turns upside down for you…..

Some of you because you know someone comes from Kibera in Kenya and you know that isn’t the “coolest” surbab in Kenya, you judge them for that. Never judge people’s future based on their past. There are many who came from Runda and now live on Hartz IV, while others came from Mathare and now own millions. Don’t look at someone and assume just because they aren’t struggling to fit into the German “Marke” they can’t afford them. Some of us here especially students, spend all our money buying expensive phones, partying and buying useless Marke outfits just so that people can think we’re on top of things, forgetting we’ve been in school forever without graduating then you meet a Kenyan who looks rough and just because they tell you they never went to Uni you think you are better than them just because you are always in Uni na humalizi……

You are the same characters that attend peoples events and say how bad the food was and you didn’t even eat. Tabia zingine tafadhali…..

Anyhu, as I said not everyone has a heart for such work. Those with the heart, do it with the aim to help others and will never even feel anything when they have to use their own money to run such projects; then there’s the other group that won’t run any project if there’s no money coming in for them. Differentiate the kind of people you’re working with. If you want to make money, then please don’t misuse those that do it to help others. And remember as much as others have the heart to do it, it’s not compulsory, when you are volunteering to help others….you do it because you want to not because you have to and the volunteers are still human. As much as they would want to assume such acts of disrespect, they also have their limits.

Ngao ya Jamii is doing a lot for the Kenyan community in Cologne and NRW, don’t go rubbishing their work. They have school, work and families to take care of and we should appreciate that they take time to actually give their time to help us.

The message applies to many others not only those that had issues with Ngao but others that are walking around trying to pull down different groups and organizations in Germany that aim to help Africans. If you don’t want to help, then don’t discourage those that want to.