The first Kenya-German Business Forum was held in Nairobi on 27th September, 2012 and launched by Rt. Hon. Raila Amolo Odinga, Prime Minister of the Republic of Kenya. 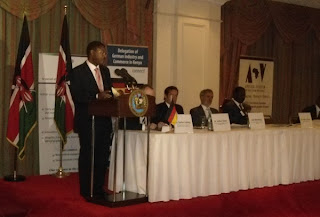 The forum brought together private and public sectors and the attendance was over 231, while the German investors alone were over 100 in number. The keynote speech was delivered by the PM, who urged the German investors to take advantage of the conducive business environment in Kenya and the wider EAC market. The forum was also addressed by the Kenyan Minister for Trade, a German government representative, the President of Afrika Verein, the CEO of German Chamber of Industry and Commerce and the Permanent Secretary for Trade. 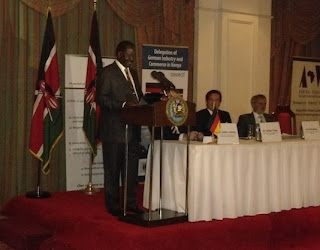 He urged Germans to open up their doors to Kenyan investors. In his speech, he stressed the need for translating opportunities to concrete business ventures for the betterment of both countries. Prime Minister Rt. Hon. Raila Amolo Odinga is being welcomed by the German Ambassador to Kenya and the Kenyan Ambassador to Germany during the Business Forum at Hilton Hotel. 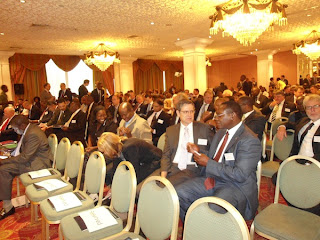 The 1st East Africa Community (EAC) Investment Forum was held on 30th October, 2012, in Berlin, Germany. The aim of the forum was to promote German investments in the EAC region. It brought together representatives from the EAC and the German business community. The Conference was organized by EAC Diplomatic Missions in Germany. 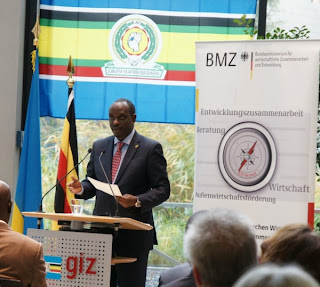 Amb. Dr. Richard Sezibera, the Secretary General of the East African Community (EAC), delivering a keynote speech during the 1st EAC investment Forum in Berlin. He was accompanied by a high powered delegation from the EAC Secretariat in Arusha. 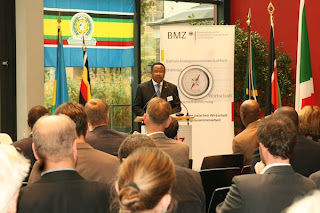 Participants keenly followed the speech made by H.E. Amb. Ken Osinde during the EAC Investment Forum in Berlin. 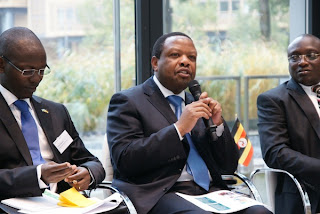 He stated that the East African Community member states in Germany intended to market the region as a single tourist destination. 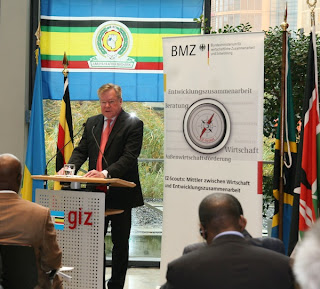 Mr. Hans-Jürgen Beerfeltz, the State Secretary in the Federal Ministry for Economic Cooperation and Development (BMZ), giving his speech at the EAC Investment Forum. 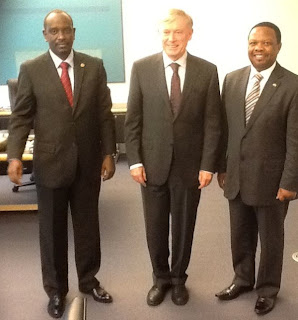 Kenyan youths from the St. Teresa’s Table Tennis club were in Germany from 18th August to 4th September, 2012, for the annual table tennis tournament with a team from Bamberg. The interactions provided a channel for cultural exchange and promotion of sports diplomacy between Kenya and Germany.

Kenya Embassy official, Mr. Wilfred Wamela (fourth from the right, second row) and Mr. Jonas Merzbacher, the Mayor of Bamberg in the State of Bavaria (right) in a group photo with Kenyan and German youths.

H.E. Amb. Ken Osinde at a meeting in the Embassy with members of staff and Immigration officials from Nairobi, discussing on how to cascade issuing of Kenyan passports at the Mission in Germany.
Kenya was among 40 Embassies that participated in the BMZ Open Day exhibition, providing information on Trade and Tourism to members of the public in Berlin, Germany. 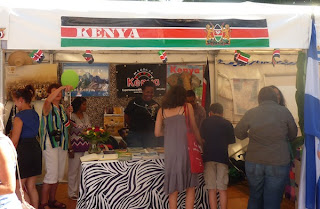 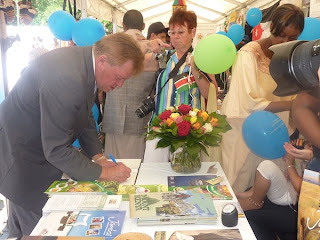 The photo was taken during the Committee’s  visit to the Embassy’s Chancery in September, 2012.

The Kenya Embassy Berlin together with Kenya Tourism Board (KTB) launched a campaign seeking partnership to promote Kenya as a golfing destination. They intend to target the German tourists who have adopted golf as their past-time by marketing Kenya as a destination for golf tournaments and safaris. 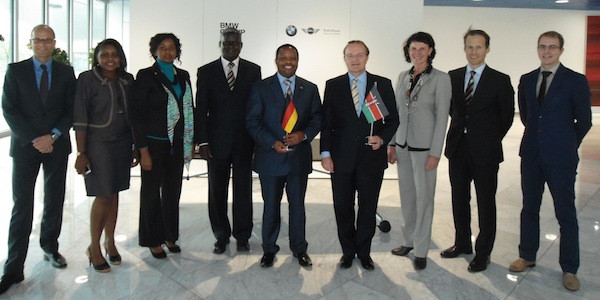 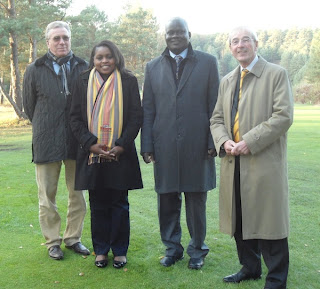 THE ROUND TABLE INVESTMENT MEETING IN MUNICH ON 25TH OCTOBER, 2012 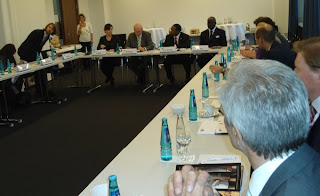 Table Investment Meeting at the Chamber of Munchen on 25th October, 2012.
The investors from the State of Bavaria were informed of investment opportunities in Kenya. 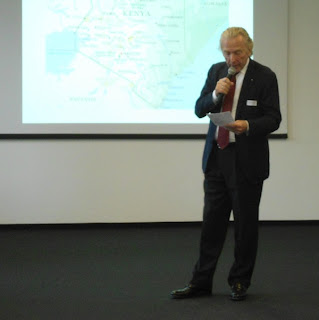 The Embassy staff at the Ambassador’s Residence pause for a photo during a farewell party for Ms. Nina Alai, Second Secretary (Front, holding child) on 12th October, 2012.
Ms. Nina Alai was heading back to the Headquarters after a successful tour of duty.