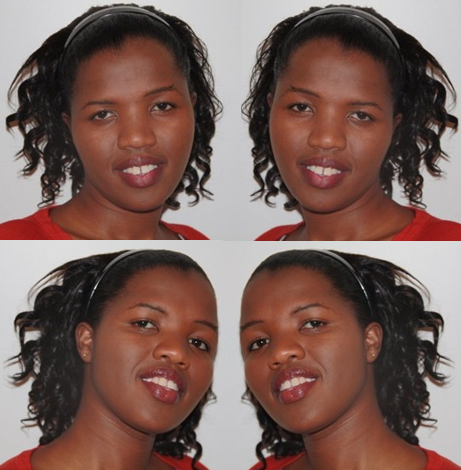 Elizabeth Cheruto Kogo, a brave lady and a mother, or as Pst. Ndura calls her, a trophy of Grace.

She moved to Germany in 2005 aged 23, with a suitcase full of dreams and a heart full of desire and hope to achieve them.

In her quest for knowledge, she enrolled to the University of Applied Sciences in Cologne (FH Köln). In 2010, restless and ready to take on a new challenge, she applied for the American Green Card which she got. The same year, this time accompanied by her young son, she packed her bags yet again ready for her new home. She moved to Minnesota in the US and later to Wichita, Kansas.

This is where the story actually begins, she met a Kenyan and fell in love, they moved in together then the drama began. In 2011, a year after leaving Germany, she almost lost her life having been attacked with a hammer by her boyfriend. The man struck her skull with a hammer 8times.

Her mother was brought from Kenya to sign off the forms to remove Elizabeth from the life support machines and allow Elizabeth to die naturally. Her mother fought on, three years down the line, Elizabeth is back on her feet and stronger than ever before.

Domestic violence is real, to the young girls please don’t think a man being a control freak or a psycho means he loves you. Don’t be afraid to seek for help if such a thing happens, don’t suffer in silence.

Strikingly, the guy’s anger seems to have been sparked by the fact that the lady was hardworking and loved school. When did that ever become a bad thing? Aren’t they the same people complaining there are too many “gold diggers”? Aren’t they the same debating in our parliament against equal share of marital property because they “want to protect their wealth”?

If you prefer to listen to the story instead of reading, watch the story below: