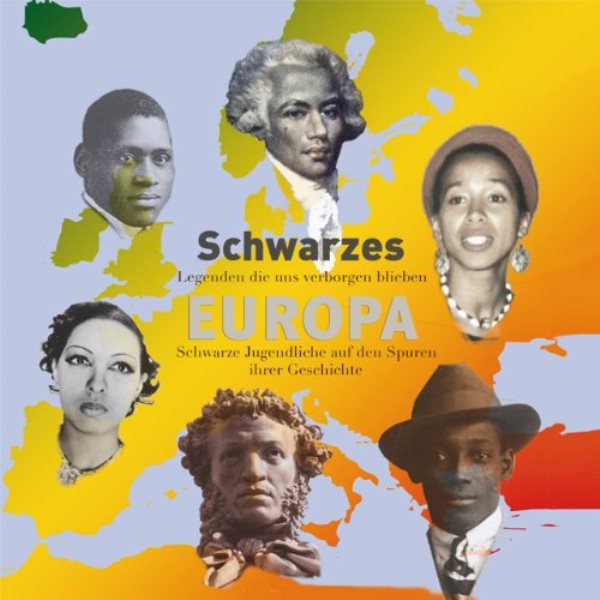 It is hardly a week since I arrived in Toulouse, France, for further studies. I go to report that my room has no lights.

The white woman  at the reception of the hostel looks at me once, confiscates my keys and blurts out in rapid French: “Vous parakash, perr barash haragash ici!”  That is all I manage to get, and it means: “Ah,   yo–u are the one!  We have caught you now!

The shrill edge in her voice alarms me as all the French I had “mastered” at  the Alliance Française  in Nairobi quickly evaporates.

Apparently, someone has been sneaking into the hostels to steal stuff and she believes I am the one!  Luckily, one of the workers recognises me and tells the receptionist that I am a new student. She gives me back my keys and we all burst into animated laughter. I decide to remain calm.

That incident marked the beginning of my four-year stay in the country of fraternité, égalité and liberté (brotherhood, equality and freedom).  It was an eye-opener to life in a country culturally and religiously divided between the majority white French citizens and the restless minorities, largely Arabs and Blacks, mainly from the former French colonies in North Africa.

In most of Europe, no one will throw stones at you just because you are Black.  However in countries like Germany, Spain, Italy or the Nordic countries, xenophobia is on the rise. In Germany, drunk youths will shout “Nigger!” at black people and cases of neo-Nazi attacks are rising.

Now, the French are an exceedingly polite, warm and gregarious people, much more than their cousins the British and the dour Scandinavians.

In France, passengers greet the bus driver when they board and wish him well as they alight! Direct racial attacks are generally rare because attitudes have changed a lot over the decades. However, subtle racial profiling and bigotry are alive and deeply ingrained in day-to-day life.

One of the most irritating things is constantly being asked things such like how I learnt to play table tennis in Africa! Someone is perplexed that I can play the keyboard, or that I  wake up very early to work.

I am also uncomfortable with the excessive praise. You see, in my culture, you do not praise grown-ups for doing normal things like lifting a chair or wearing a jacket. That’s for children.

“Patrick, you are very strong…strong.” The woman I am helping movet house keeps saying whenever I as much as lift a finger. I want to tell her to shut up but I hold back.  I am not sure she would say the same things to a white adult.

But these episodes are more sources of humour to me and I usually turn them into jokes. However, some are not so amusing.

It slowly dawns on me that by virtue of my skin, I am always a suspect here.  I enter a supermarket and some attendant follows me around, obviously to make sure I don’t lift anything.

“Here, if you are black, you are either a thief  (or a prostitute if you are a woman), an illegal immigrant  generally up to no good…” Maiga Musa from Niger tells me.  It does not take me long to find that out.

I am in a supermarket when this White woman suddenly shrieks.

“My purse! My purse!” she shouts, all the while looking at me suspiciously, nay, her eyes directly accusing me.

“My purse!” she cries past the line of sympathising shoppers at the till. Five minutes later, an attendant runs from the back of the shop with the purse the woman had absentmindedly left on a shelf.

But even with her purse back in her possession, she keeps casting an accusing eye at me.

Another day, I am walking out of a supermarket when I trip and some items I have just bought spill onto the street.

As I am picking  them up, a police car pulls up beside me.  A policeman cranes his neck and sternly asks me, “Monsieur qu’est que vous y ramassez?”  ( Hi mister, what are you picking  from the ground!)

Understanding only the first part of the question, I ask demurely “What is ‘ramassez’?” The officer understands my language problem, which also  betrays me as a foreigner.

I show him my passport.

“Just some items…from the supermarket…”

I answer in the negative, considerably taken aback. He notes my irritation.

He re-enters the vehicle and drives off without a word. He had seen a drug dealer in me.

But I am not so lucky the next time.  I am rushing to meet my supervisor at his house near the main train station called Gare Matabieu when two young men rush towards me and politely introduce themselves as police officers. They flash their police ID cards. Yes, up there the cops do!

The train station is teeming with plainclothes policemen who pounce on anyone who looks suspicious.  It is deemed a key entry point for illegal immigrants.

“Monsieur, your papers?” one of them asks.

I show them my college card.

“I forgot it in the hostels…sorry,” I say.

I do not have a phone, so I cannot call anyone. I swear to the policemen that I inadvertently left my passport in the hostel. My French fails me, again, which just increases the officers’ suspicions.

They take me to a patrol van around the corner. There are more policemen inside. The vehicle is equipped with sophisticated communication gadgets.

“So what are you doing at the university?” one of the cops asks.

I explain that I am a Kenyan doctoral student at the University of Toulouse, le Mirail, and  have only a fortnight to stay in their country and will go back home  after defending my thesis.   My pleas fall on deaf years.

And then the universal police spirit comes out. Yes, that familiar series of asinine questions!

“So you think because you are doing a doctorate you don’t have to carry your passport? Ehh?”  It is so typical police-style that I almost expect to hear, “Kijana, unafikiria…”

I do not respond.

And this opens an avalanche of snide comments from his colleagues.

“Me, I have a PhD on women…” one says, making an obscene gesture with his fingers.

“I am a professor of tennis,” another chimes in.

“Monsieur, what is your passport doing in the house, sleeping?” one asks.

“I forgot it, Sir,” I manage to respond to that one.

“Okay, he is legal…,” the guy at the communication apparatus announces.  “Now, young man,” (I was actually grey-haired and 40-plus at the time). “You are free, but next time, carry your passport, otherwise…” they warn me.

“I am completing my studies in two weeks and will go back to my country,” is all I can say.

“Tant mieux pour toi, monsieur  (So much the better for you, mister!),” one of the cops says, using the familiar “you”, which in French is impolite when speaking to a person one is not familiar with.

I narrate the story to my supervisor. He is exasperated and promises to follow it up with the university. Apparently, the university and the police have an agreement that the student ID card is enough proof of one’s legal stay in France. I leave France shortly after, on June, 15, 2008.

These may pass as isolated cases, but the recent events in France have forcefully brought to the fore the debate on how difficult it is for foreigners and minorities to survive here. There are people who suffer that on a daily basis.