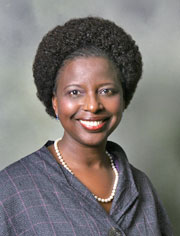 The 52 year old Kenyan lady who was based in Germany was killed in Malindi.  She was known to some of the KIG members as Lilian Mwikali Andree. She was a widow and owned a pub in Malindi known as the Sailfish Club that she inherited from her husband when he died back in 1995. She had left some people to manage her Sh.70 million worth property while she was in Germany. When she returned 3weeks ago she found some people claiming to own the joint. She disappeared on Sunday 11th.
From a source on KIG that knows her, Lilian had posted on her Facebook page about the issue. Two weeks ago, Lilian had written that the property had fraudulently been sold in 1997 to 2 Dutch nationals while she was sick in Europe but she was trying to reclaim it through the courts. Apparently Lilian had been embroiled in a property tussle with her stepsons since 1997. In 2007 her lawyer moved to get a court order lifted from the property but the courts claimed the file was lost. The case had been filed in Kisumu High Court despite the fact that the property, as well as the lawyer were all based in Malindi.
She was an active member of the Jukwaa forum under the pseudonym Kasuku and had contributed in a thread titled “How Malindi was stolen from Kenyans by criminals” before her death: 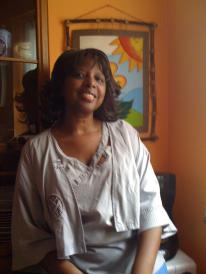 “The title is really correct. Malindi is being stollen every day by foreigners. Right now am capturing my property from some thieves.
Oh, the other day Railas property was stollen at Kilifi!
And by the way it isnt only foreigners who are stealing properties here. Kenyans have grabbed too.

Berluskoni knows the safest place to hide in the worl is Malindi. Tomorrow am going to the beach Party and hope to see that kaman face to face to see what makes a man bahve as if he could just walk to God and tell him to vacate his sit.”

On behalf of the Kenyans In Germany community, I do wish the family comfort during this trying time and may her soul rest in eternal peace.
Share with friends:

Kenyan Passes Away During Visit to Oldenburg

Kenyan from Stuttgart Dies During Her Visit Home