As most of you already know, I love attending conferences and events in relation to Africa. I usually focus on those with a strategic plan and goal of developping Africa especially whilst involving Africans, but the more I attend these meetings and interact with numerous people that work with and for Africa, I got a few revelations. Today, I’ll group the people I meet at these events into 3 groups. Tell me which other groups you have met and what their characteristics are. 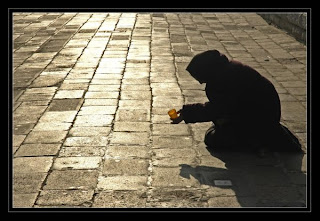 Those who believe Africa needs to beg for it to develop. This group is usually the one organizing fundraising events and showing pictures of hungry African kids with no shoes and wearing tattered clothes. They will most definitely state either on their website or during their events about the simple stuff they bring to African kids from Europe because these things don’t exist in Africa. These stuff can range from silly stuff like toys, cameras and even in this day and age where the internet connectivity in Africa is better than that in Europe, you’ll hear them talk about there being no computers in Africa. I assume these are usually groups made up of people from villages in Africa and who never even lived in a city in Africa; because if they had been to any of the African cities they would have discovered that most African cities do provide more vareity and availability of foreign stuff than most European cities. I know some parts of Africa can be very remote, so I do not blame these people, I blame where they are from. To this I would suggest people try and visit their capital cities severally before they ever come to Europe and start talking about their tiny village as a representation of the whole Africa.
In this group you also have those from the capital cities who have been programed to think NGOs are the in thing, this group is worse because they know what they are showing is wrong but they are in it for the money and the prestige. These thieves will be the typical NGO, using 80% of the donations to pay themselves, their huge office, trips for research missions and their gas guzzlers. Only a mere 20% gets to the target group and even then, it’s not the whole 20% because they will find a way to reduce that to less than 10% either through paying for gas for their guzzlers to bring food to the target group etc etc. You get my drift.
This group do not believe anything can be done in Africa without aid money, forget all the remittances, taxes and invest money from diaspora africans, those can never be compared to AID. AID is always better.
Both of these mini groups irk me to bits, because not only do they undermine Africa themselves but their continue to feed to the bad imaging Africa has been receiving for decades. And just like they did during the silly nigga cake that was designed by an Africa, they argue, “But I heard it from an African”. Just because nonesense about Africa is being perpetuated by an African it doesn’t mean it’s right. Most African politicians fall in this group, they are proud in front of their fellow Africans thinking they are better than them but when they get to the donors, they bend backwards and are willing to do even the silliest things to get the money.
2. The VICTIMS 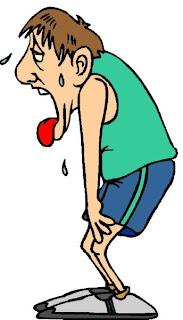 These believe it is their responsibilties to make the Europeans payback for all the inequities of their forefathers. These will be the ones arguing that it’s right to hold a fundraising event and use up all the money on yourself instead of actually using it on a target group because they think they are duping the white guy. This guy is usually very stagnant in soceity and still can’t afford the guzzler that the AID believers drive; because unlike the AID believer that’s actually doing business with the money they keep collecting; this guy actually uses up everything and doesn’t even take it home. These are worse than the AID believers, because most of the time they use that money to pay for their many debts which they keep incurring due to their irresponsible ways.
These are chronic complainers, they will complain about the bad governance in Africa, the stipulations set in Europe for AID organizations and even that there are many needy people in Africa. These can be scumbags as they even use pictures of their own children for their posters. They are crazy about cutting costs so even their posters aren’t professionally done, they are just printed at home with dried up catridge thus the pictures being red or purplish.
Colonialism was wrong and so was slave trade and so is the current begging for AID nonesense but what this group forgets is that though these phenomena were largely performed or undertaken by Europeans, they could only take place with help from Africans. Colonialists wouldn’t have been able to set camp in Africa if they never had collaborators who acted as their spies and translators, neither would colonialists. The same with this thinking that Africa is full of hungry, dirty people….this wouldn’t be the only image in most people minds if those, especially Africans with a platform used it to show the beauty of Africa instead of unsuspecting kids having fun; half of these kids on “spende” (donation) posters had no idea they were going to be portrayed as hungry and starving, they were just having a great time posing for the camera.
You rarely have them hold fundraisers twice in the same area because they know they have to explain what they did to the money last time. They are the one hit wonders.
3. The BULLS 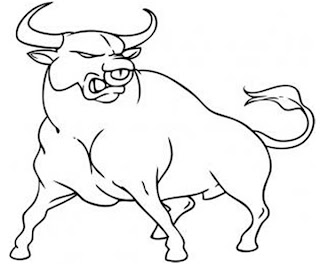 Now these are the Dambisa Moyos, they are thinking about the future of Africa. They are sick and tired of the AID madness. They know aid doesn’t work. They believe you either work with us or stay out. They know Africans should be taken as equal partners and stakeholders in all matters concerning Africa. They do not try and hide the fact that there are issues in Africa, people die of Malaria and hunger everyday but also there are other millions willing to do something to stop this. They are the ones holding events not looking for donors but investors. They will encourage the diasporas to take part in the development not by sending money to some school or NGO but by starting companies and organizations that create jobs. They are busy finding solutions and prevention measures to Africa’s problems; instead of holding events here to collect mosquito nets, they encourage companies that can provide good sanitation and drying of swamps to invest in the region.
The main challenge this group encounters is the usual “You’re encouraging investment in Africa, isn’t that too much to do for the hungry, naked, foolish Africans to comprehend/ take part in?” The thing is, this group is walking in a jungle, a jungle where they have to convince people that amidst the hunger, poverty and calamities there are thousands of Africans graduating from Universities every year that need jobs to survive; that most Africans are very proud and would prefer to work and get money rather than stay home and wait for the usual “gorogoro” (kilo) of yellow maize. That poverty doesn’t affect just specifics, it affects the whole continent because as Africans we’re all only a step from poverty; if you aren’t in it then your uncle, brother, sister, aunt, uncle, cousin etc is in it. We all know what poverty is but even with it, most of us are happier there where it is than here where there’s none. It’s hard to convince someone that as those kids laugh and smile playing around bare feet they are waaaayy happier than kids here walking around in designer shoes.
This group is doing amazing things on the continent and are trying to get as many of us to help out. These are not even after the “white” money, they just need investors willing to work with and respect Africans; anyone who isn’t ready to do that, isn’t welcome. This group rarely takes BS from anyone, not even the sponsors of their events. [This reminds me of one of my good friends, she is a real bull. She had organized an event for African diaspora here in Germany and as expected most of the attendees were black Africans. Now one of the event sponsors while giving their speech remarked that he was disappointed that there were no Germans in the room and especially white Germans…hehehe…. There’s no fury like an African woman scorned, the lady called out the guy in broad daylight and kicked him out of the event despite him being one of the major sponsors. It was evidently wrong for the guy to assume that just because the people there were black, they weren’t Germans, some of those kids were born here….anyway I digress as always.]
These groups are respected and hated depending on who you ask, but one thing everyone knows is they are proud of Africa, they know who they are and they’ll not take any nonesense from anyone who thinks they are better than them just because they are from Africa. AND they are doing something WITH Africa.
Share with friends: