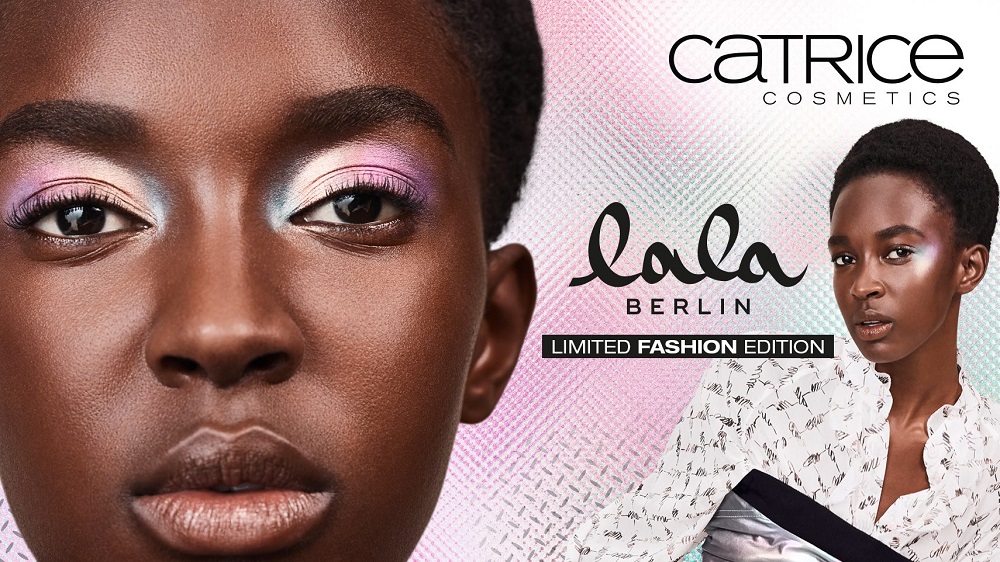 German cosmetics brand, CATRICE, has collaborated with Berlin based fashion designer, Leyla Piedayesh, to create a limited edition cosmetic line, “lala Berlin”. The products use holographic effects to ensure a special glow – perfectly aligned with the designer’s Spring/Summer collection. “Holographic effects perfectly round off the grown-up, urban look of lala Berlin. Having CATRICE as a partner allows us to achieve this symbiosis of fashion and beauty,” states designer Leyla Piedayesh.

Although, Nicole is an internationally recognized model, having worked mainly with luxury brands e.g. Dior, Gucci, Calvin Klein, Jill Sander and United Colours of Benneton among many other brands, this is her first job working with a mass brand. Being the face of lala Berlin, will have Nicole’s photo plastered in all drug stores across Germany, from DM to Rossmann and in the cosmetics sections of bigger supermarkets like REWE and EDEKA.

The limited edition is only available in April and May 2018. So get it while stocks last.

Having a dark skinned face being used in such a huge campaign is definitely a HUGE step in Germany. And having the model have natural hair on top of it all, is definitely revolutionary. I’m glad younger dark skinned babies growing up in Germany, can see their skin being displayed in the shops and being considered normal. I’m very very excited about this and I look forward to seeing Nicole and more people that look like her in more campaigns across the country.

Born in Kenya, Nicole moved to Germany in 2011 with her mother and has been modelling since she was 15, when her mother organised a photo shoot as a birthday present. (READ: Kenyan Super Model Named “Most Beautiful Woman in Dresden”)