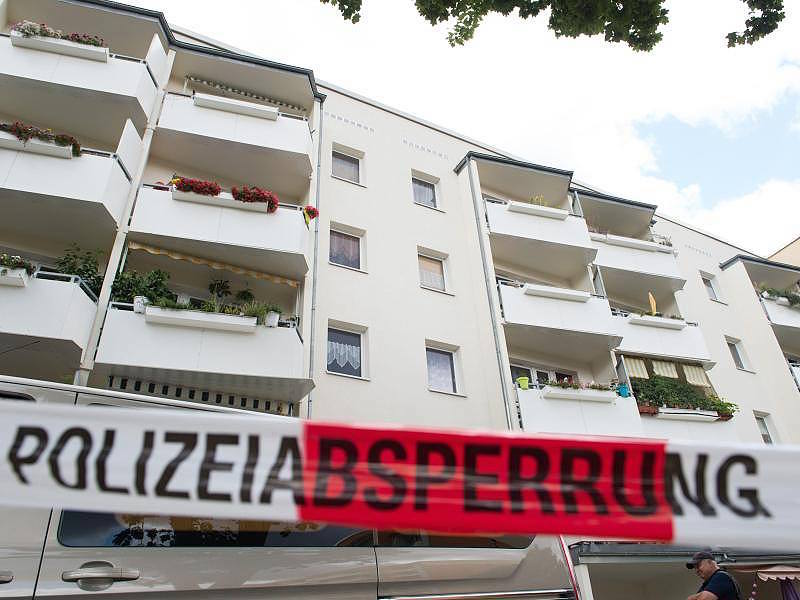 The body of a Kenyan woman was found lying lifeless at her boyfriend’s home during an eviction. Her boyfriend who was found at the apartment claimed not to have noticed that the lady was dead. The police suspect the man raped the lady before letting her bleed to death as she lay on his sitting room floor, the Augsburger Zeitung reported on Wednesday.

According to the report, a bailiff had been requested to execute an eviction order on 15th February. Knowing that the person involved was an alcoholic, the bailiff expected some resistance and had some police officers escort him to the bedsitter (one room apartment) in Jackobvorstadt.

At 9 am, the bailiff and the police officers found the 56-year old German suspect at home and he welcomed the group with no ceremony oblivious of the eviction order placed against him. In an attempt to get the man and his belonging out of the messy room full of trash, the officers came across the lifeless body of a woman surrounded by blood, bringing the police to the conclusion that the lady must have bled to her death.

A police was called in, though not much could be done other than pronounce the lady dead.
The 46-year old lady is believed to have also been an alcoholic, hailed from Kenya and was a girlfriend to the man who lived in the rental apartment. At the time of her death, she lived with her sister in Augsburg.

An autopsy done on the body at the Legal Medicine Department in Munich confirmed that the lady had died from the consequences of injuries incurred during sexual practices. The police believe that the lady had been sexually violated thus the injuries.
However, the man might have not noticed the injuries as he was drunk during the incident. At the time of his arrest, the alcohol content in his blood was at 1.6 pro mille. However, when the bailiff and the police officers walked into the room, stained rugs and paper towels lay across the room, meaning the man did notice the blood but ignored calling for help.

The man told the police that he had last spoken to the lady at 7:30am that morning when she claimed to have been feeling cold, being that she was naked, he dressed her and went back to bed. He did not notice that she died.

The man is currently in a cell under investigation at the prison in Gabling. If, as expected the case goes to court, an expert will need to give an assessment on whether the perpetrator being an addict can be held responsible for the death of that lady. If found guilty, he could face at least ten years and a maximum of a lifelong sentence if found guilty of rape and murder.

The close to 150 neighbours in the apartment building have however not heard of the incident before, although some have claimed to have heard some rumors with sketchy details about it.