SO this week, there was a story doing rounds about “Kenyans abroad given one year to disclose income to Kenya Revenue Authority or face stiff penalties”. I didn’t give it much thought until I got it from four different people. Now my question is, as a Kenyan in Germany, should I even care about it? So here’s what I found out.

First of all, KRA did issue Guidelines on Foreign Incomes but did not take the time to issue a statement on who they are referring to or how those mentioned can do it the right way when there’s no amnesty. So I set out to find out, how all this affects my coins…..below the commentary are links to the resources and a summary of them.

Let me start by stating that I’m neither a lawyer nor an accountant, just a tax payer worried about having to pay taxes twice. Any lawyers, tax experts or financial experts, feel free to correct anything that is wrongly stated. I recently visited KRA offices and below are some updates.

Who should file tax returns?

I’m sure you’ll be as shocked as I am to find out that ALL Kenyans are required to file tax returns regardless of their place of residence. This came into effect in 2001. Needless to say, I have never filed a tax return in Kenya ever. This year will be the first. This is a requirement even if you have no income.

Surprise surprise, that you pay a fine if you don’t file your taxes. Even if you have zero income and therefore zero tax returns, you should still file or face paying a fine.

Although the Tax Act came into effect in 2001, KRA only enforced it in 2014. So you only need to file taxes as from 2014. For those that have taken up German citizenship, KRA doesn’t recognize the Act of Parliament that allowed renunciation. According to KRA, the constitution remains and the constitution states in “Chapter 3, paragraph 16. A citizen by birth does not lose citizenship by acquiring the citizenship of another country.” 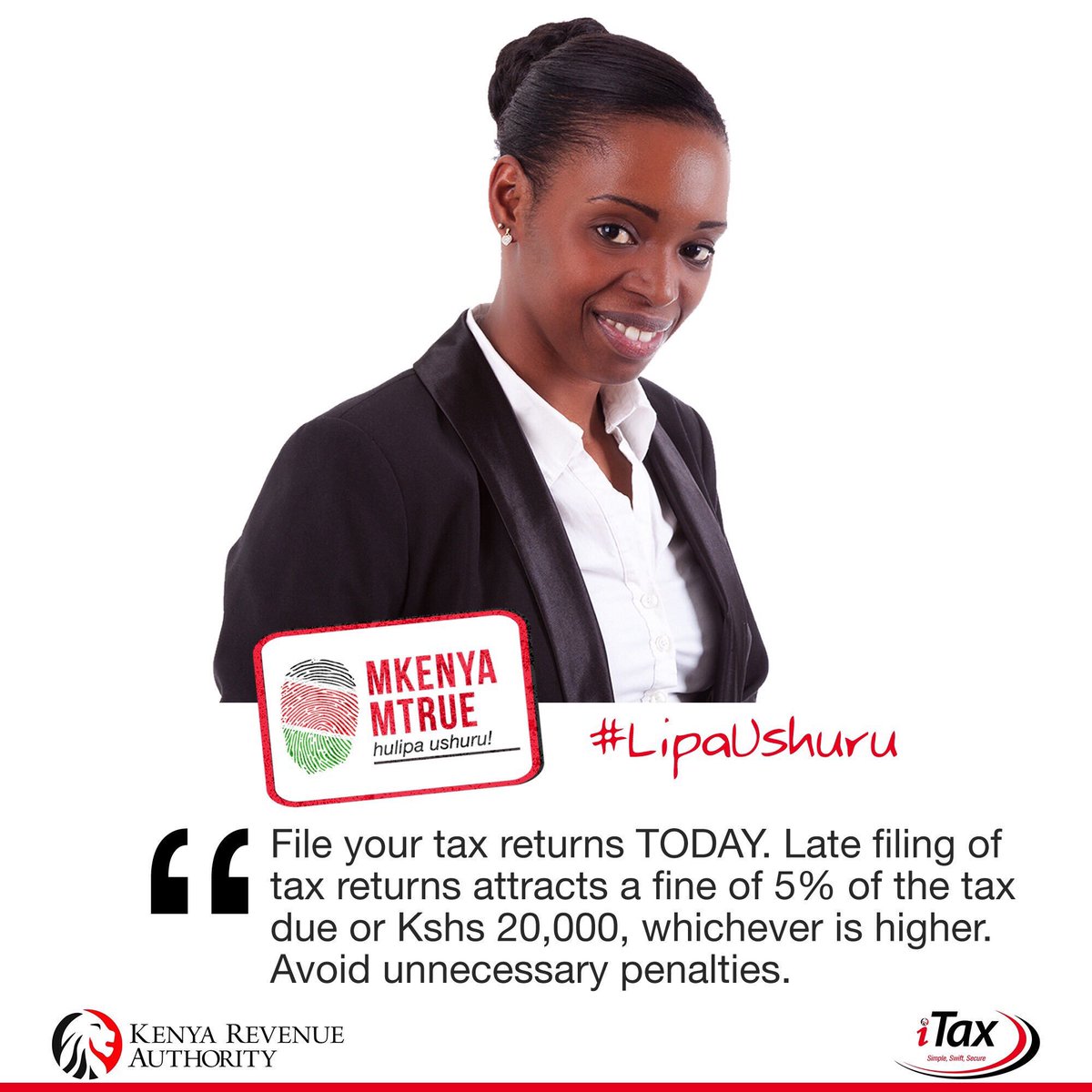 What Kenyans in Germany Need to Know About Taxes in Kenya

Luckily, Kenya and Germany have a Double Taxation Agreement that saves all of us from having to pay taxes twice. This however does NOT save you from filing tax returns in Kenya. You will not pay taxes twice, BUT you have to file in Kenya. In Germany, filing your taxes (Steuererklärung) is optional.

What this means to you is:

Should you be worried?

There’s basically nothing to worry about if you have been filing your returns, but if you haven’t this is a good time to check out the Guidelines for that Amnesty and from now henceforth to always download the forms from the KRA website here for your tax returns.

If you have never filed tax returns (this applies to everyone with property in Kenya, even German citizens), the amnesty will allow you to get back on par with your taxes if you have any and if you don’t, to start filing that nil return. Take advantage of it, if not, KRA will come after you.

File your tax returns this year, even if you file a nil return. Have it done. If you’re unable to do it, or would prefer to have a professional do it, then appoint a trustee to do that for you in Kenya. Just make sure your PIN from KRA is clear and you remain compliant, we wouldn’t want you to get arrested after landing at JKIA for being non-compliant or end up serving a tax evasion sentence when you had planned to enjoy some Nyamchom back home.

47.(1) The income of a non-resident person shall be assessed on, and the tax thereon charged on, that person either in his name or in the name of his trustee, guardian, curator or committee, or of any attorney, factor, agent, receiver or manager.

A summary of the DTA between Kenya and Germany: