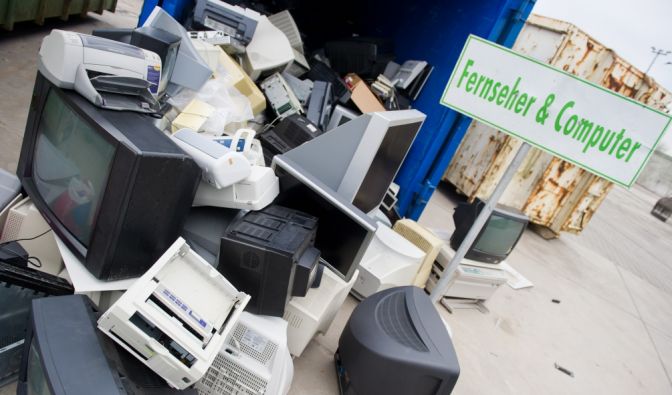 This month is bringing along lots of money for some, and because the world revolves around balance, taking away cash from the others (insert evil laugh). Let’s get right into it:

Pensioner have something to dance about this summer. With an increase of 4.25% in the West and 5.95% in the East, the pension just got better. According to the Federal Statistics Office, the country is doing quite well and collecting more money than expected and it is only fair that the pensioners enjoy a bit more cash.

Fortunately, the statutory pension deductions will not increase due to the increased pay out. So nothing to worry about for those still working and paying the monthly deductions.

For parents with low incomes that can hardly support themselves and their children, the supplementary child allowance will this month be increased to ensure families are able to sustain themselves substantially. The amount will be increased from €140 to €160 per child per month. This applies to children still living with their parents up to the age of 25. You can read more about the supplementary child allowance, how and where to apply for it here. (READ:Supplementary Child Allowance (Kinderzuschlag) in Germany)

This comes in addition to the €150 Betreuungsgeld parents in Bayern receive. Although Betreuungsgeld was declared unconstitutional, Bayern continues to offer it to parents within that state.

Low income families and individuals will be getting higher Wohngeld from this month. For a 2-person household for example, the amount will increase to €186 per month from the original €112.

Those on social welfare will also have increases in their income from the government, with an increase of 3 and 5 euro. While the asylum seekers will have an increase from € 359 to €364.

This has been a long time coming, but it is finally here. From 24th of this month, big consumer electronic stores like Media Markt, Saturn Conrad etc will have to accept old electronics from their clients. Unlike earlier this year where you had to buy a similar item for them to take the old one, with this new regulations, you don’t even need to buy anything from the store to be allowed to hand in your old gadgets even the broken ones. Also this will now be a FREE service offered by the stores country wide.

Government Sponsored German Courses for ALL

The government is serious about getting people to learn the language and from this month, not only do refugees, with a good chance of having their application approved, get free German classes but also foreigners and even German nationals born outside Germany, who would like to improve their German. The courses for the other groups, other than the refugees, will focus more on daily life in specific professions and not just the general language basics.

If you’re a Mallorca fan, then get ready for the higher tourist taxes that come into effect this month. From now on, visitors to the island will pay between 25 cents and 2 euro per night and per person depending on the type of visit. In addition, 10% VAT will be included in the final bill. Children below 17 will be exempt from these taxes. The taxes will apply in Mallorca,  Ibiza, Menorca and Formentera.

No Trucks on the Autobahn on Weekends

If you’re planning on driving long distances this summer, then you can celebrate the ban of trucks heavier than 7 tonnes from the German Autobahn on weekends. Currently the law bars them from being on the road on Sundays, but for the next two months, Saturdays will also be included in this ban.