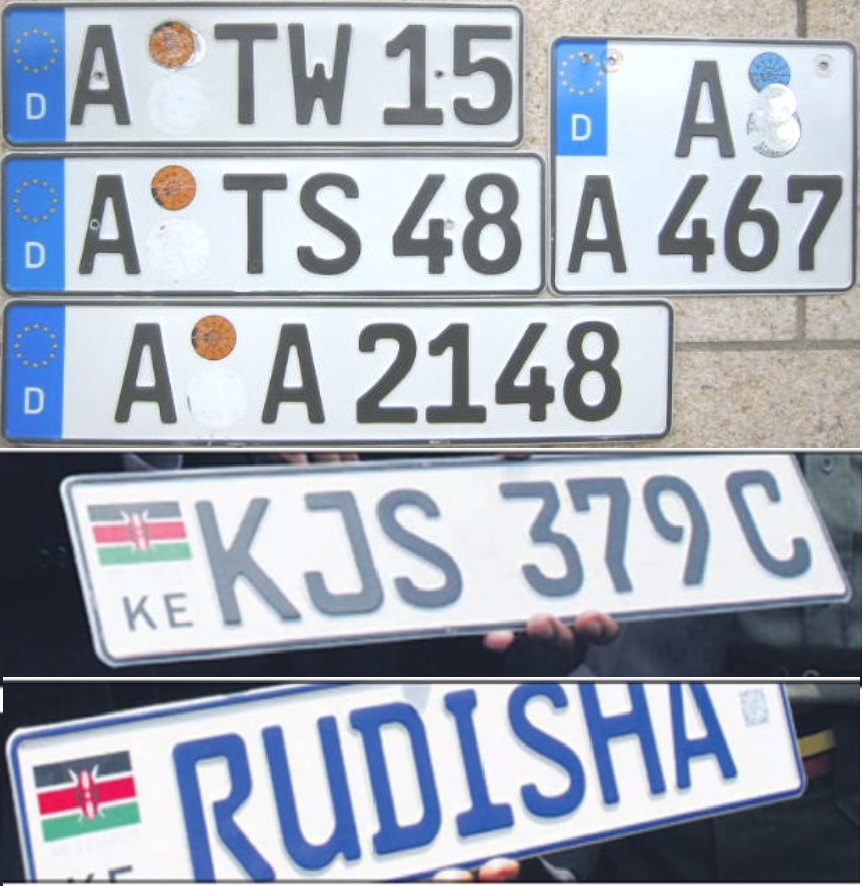 A German company has won the tender to provide the new generation Kenyan number plates to Kenyan motorists.

EHA Hoffmann Group beat 13 other companies to win the Sh. 230 million tender. The tender for vehicle number plates was advertised as an international bid in February 2015 and the process was spearheaded by the Kenya Prisons service, with the participation of The National Transport and Safety Authority.

The new number plates would bear the name of the owner, vehicle registration number and the Kenyan flag. The number plates will be reflected on the car engine, front and rear, and a third one will be placed on the windscreen.

And to keep carjackers at bay, police officers will only use a barcode reader to ascertain the owner and the correct number plate of a vehicle. The launch of the number plates will coincide with that of digital driving licences aimed at curbing reckless driving.

The licences will have chips containing information such as personal identification number, contacts, past traffic offences, fines previously paid and warnings.

The other companies that bid for the supply include Utal, Moto Nguvu East Africa, Abcos Industrial Limited, Tropical Technologies and J Kinieriem BV. The current supplier, Tropical Technologies, lost the tender after it bid Sh. 1billion for the tender. It however, lodged a complaint with the Public Procurement Oversight Authority (PPOA) to challenge the decision and will be heard on Thursday by the PPOA.

Invitation to a Business Breakfast on Innovative Business Models in Kenya