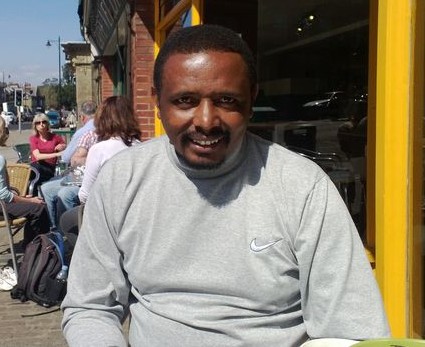 The MDGs were often criticized for applying the same 8 goals and 21 indicators to all the countries involved as beneficiaries of development efforts. Using these to measure progress showed devastating results in parts of sub-Saharan Africa, but is said to be blind for progress which is not covered by the indicators chosen.

The new development agenda which will succeed the MDGs in 2015, on the other hand, claims to part with the ‘one size fits all’ approach, rather stressing the adoption of diverse goals and indicators and involving the global civil society in the development of the agenda.

Mwangi Waituru, co-chair of the beyond 2015 campaign and director of the Kenyan NGO Seed, will discuss the MDGs and the proposed successor agenda from a human rights approach to development, which entails a concentration on the most vulnerable and on sustainable development, using a bottom-up perspective, and respecting the notion that rights go along with duties. He will provide an overview on the current status of the new agenda being drawn up and analyze the MDGs, SDGs and the post 2015-agenda across the questions who was left behind (by the efforts to realize the MDGs, but equally in drawing up the new agenda) and why? What are the beneficiaries entitled to from a human rights perspective? How can the claim of the new agenda to be aware of ‘common but differentiated responsibilities’ be viewed in this regard? If rights go along with responsibilities, whose duty is “development”?

Mr. Waituru will in his function as co-chair of the beyond 2015 campaign furthermore present ideas of how a strong and legitimate new agenda would look like from a pan-African and civil society perspective. What does the campaign propose for the new agenda, for the universal goal of ending poverty, providing sustainable development, and bringing in civil society? What are the claims of the African civil society for the new agenda and in how far are they being included in the new agenda? How can a holistic, universal and consensual approach be achieved without leaving out important issues or ending up with a “one size fits all” approach again?

Mwangi Waituru is a Kenyan academic and activist, currently doing a Ph.D. in philosophy at the Kenyatta University in Nairobi and acting as a co-chair of the beyond 2015 campaign, which aims at creating a strong and legitimate successor framework for the MDGs. He is also a director of the Kenyan NGO The Seed Institute which is concerned with problems of poverty and inequality. Waituru also writes articles and essays, adressing the issues of a fair and effective North-South cooperation.

The event will be held in English.

Nanjira Sambuli, Martha Chumo and Other Kenyan Techies in Berlin for Re:publica 2014