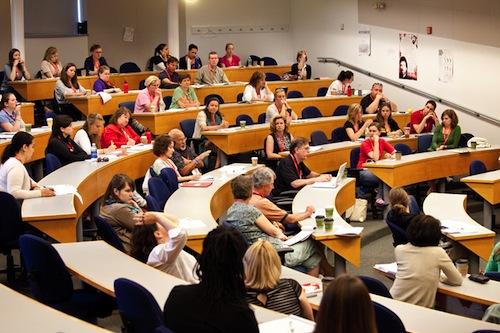 A new study has found that migrant children who go through the German education system succeed either due to luck or due to personal motivation and individual effort and not due to institutional structures.

The study found that very few migrant children in this case, from turkish families, got to Gymnasium in Germany unlike in other countries in the EU.

In the Ruhr-region and Frankfurt am Main, more migrant children succeed to join University and Fachhochschulen due to existence of Gesamtschulen and Aufbaugymnasium unlike in Berlin.

Most of the interviewees believed that the three education systems in Germany neither supported their abilities and talents nor believe in their capabilities. And therefore, only strong willed, very talented or lucky students with a support system (teachers, neighbours, or parents to classmates) are able to succeed in the system. This study was able to show how dependent a child’s success is on their social network.

The interviewees agreed that the parents played the biggest role in their success. Even in cases where the parents hadn’t gone to school, the moral and financial support they provided by encouraging them to try again, paying for their tuition, or even just teaching their children that school should be their number one priority, helped a great deal. Even siblings played a huge role from simple encouragement to financial support from older siblings who were already working.

In the job-market, discrimination was evident with many interviewees complaining that they were more often judged based on their origin and little on their capabilities. In most offices jokes were made about turks and in some cases it was outright discrimination e.g. in promotion to higher management positions.

Surprisingly, most of the interviewees consider Germany their homeland.

The study titled, Pathways to Success, was run by the Institute for Migration Research and Intercultural Studies (IMIS) of the University of Osnabrück.

Reasons why Foreigners Don’t take their children to the Kita

Are Children’s Learning Capabilities on Those of Their Parents?

Why Schools in Bayern are Better than Those in NRW