If there is something Germany does right, it’s investing in education.

Germany will cut back on a lot but rarely will they cut back on investing in education, especially of their children. Think about it, do you know any other country in the world where children have so many chances at achieving an education? Most countries have one path, if you slumber, then the train passes or you have to go back to school again with your (grand)children. Scandinavia does even more than Germany, so there’s still room for improvement though.

So if you ever wondered how much the German government spends on a child’s education annually, here are the figures. The average in Eastern Germany is €5800 while in the West it is €5600 per child. 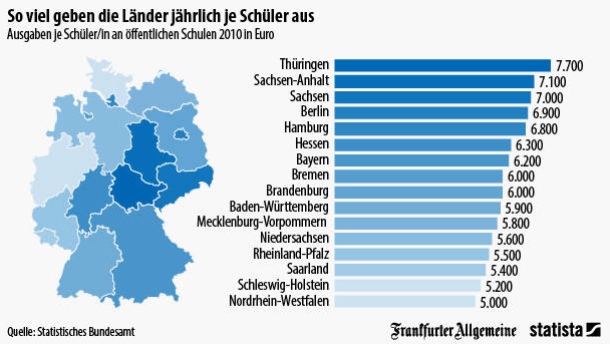