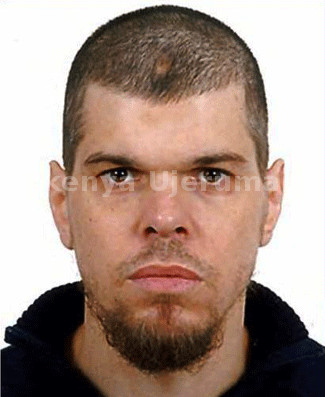 The article goes further to explain that the attack was funded with money collected from mosques around Germany with the Al-Shabaab in Germany meeting regularly in Köln/Bonn, München and Augsburg. There are currently 7000 Somalis living in Germany. The Federal Criminal Police (Bundeskriminalamt BKA) refused to comment on the involvement but promised that they were working with the Kenyan officials to find out who was behind the attack.

The BKA spokesman said that they had expected an attack in Kenya, Uganda, Burundi, Djibouti and Ethiopia mid 2012.

According to the Observer Newspaper in Uganda, Andreas/Ahmed was born in Bonn and converted to islam in 1999 when he got involved with muslims at a sports club he went to. After dropping out from Uni, he focused solely on being a radical muslim. After his time of renewal and adventure of purpose, he strived to live in a muslim society. This led him to try and migrate to Bosnia, the United Arab Emirates and Pakistan. Unfortunately in 2009, he was arrested before entering Pakistan and remained in custody for months. Authorities believed he had gone to try and make contact with the AlQaeda or Taliban but that was never proven.

Late summer 2011, he moved to Kenya after which he entered the police radar to become a wanted man. He allegedly fled to Uganda mid 2012.

According to the Kenyan newspaper the Star , Andreas who also uses the alias Abu Nusaibah, entered Somalia around May 2012 before re-entering Kenya. An arrest warrant was issued and signed by the then Kenyan police spokesman Eric Kiraithe, for the Commissioner of Police Mathew Iteere but he was never arrested.

Update on the Families stranded at Universitätsklinikum Leipzig

Is this Kenyans’ New Reputation in Germany