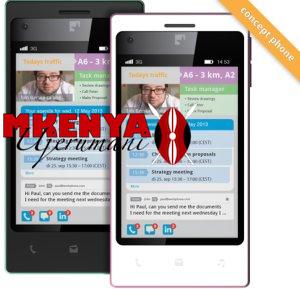 Do you feel guilty for using all the Smartphones considering most are produced using minerals from war torn parts of the world like the Eastern parts of the DRC? Well a company in the Netherlands aims to produce a smartphone that gives you a clear conscience everytime you check your activities.


FairPhone is the new kid on the block and it aims to do all the things all other smartphones do while still making sure it doesn’t finance rebels and other corrupt officials.

From their webpage they say:

The current supply chain (from mineral extraction to manufacturing) is complicated involving many actors and geographies. Consumer pricing, profit before people and the planet and furious competition has led to pressure in the upstream supply chain, accelerating a race to the bottom. . You have to dive deep into and take responsibility for the end to end supply chain that traditional companies have largely avoided until advocacy groups pressured them to do so including issues like conflicts around mineral mining in Congo, poor working conditions in factories from Mexico to China and the current business models that create ‘designed for the dump’ models to sell more of these products when our planet is already reaching limits. Designing and creating fair electronics can be a force of change and an attempt to curb current consumption models that fail to measure the environmental and social costs of production.

It takes partnership and collaboration from numerous stakeholders with expertise, knowledge and networks to achieve this goal.

We take this as a design challenge, that’s why we’ve decided to start with making a fair (er) phone ourselves and learn from other initiatives and adopting best practice then we can find and translate these learnings into a tangible product.

In order to design, create and market a fair(er) phone we have to understand the system around it, including current limitations, and identifying opportunities while coming up with better solutions and thereby fundamentally change them.

We know we can’t change the system overnight as a small player with little leverage, but we think we have to make it tangible, raise awareness step by step. We want our consumers and other stakeholders to play an active role on this journey, share their ideas and participate in the decision points that we will need to make again understanding limitations.

FairPhone is a step-by-step journey

This way the phone also becomes a storytelling artifact, and as it tells the story we want it to create dialogue between all the stakeholders, from policy maker to consumers, from designers to marketeers, and it is already happening. It surfaces the dark matter attached to it and makes us understand what actions are needed to change the system that produces our phones. The phone becomes a political object, in which we have to balance the interests of all stakeholders and come to a shared value.
FairPhone is a start for a movement for change much more than a final solution for a problem. The phone offers an alternative to everyone who wants to contribute to changing the status quo in the electronics industry. With the sales of the phone we are also able to create new interventions in the supply chain without being beholden to Wall Street.