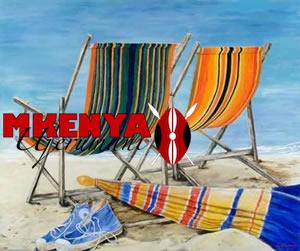 It’s that time of the year again when we pack up our bags and drive around Europe to go see what the borders have been hiding. Well, in many of the countries bordering Germany, their best kept secret has to be their high traffic fines, so beware:
In Italy for example when you drive at 50km/hr higher than the allowed limit, you have to pay atleast €530. Jumping a red light will cost you €170 and if you break the laws during ungodly hours between 10pm and 7am, then your fine increases by 33.3%.
The Scandinavian countries have to be hell for anyone who enjoys breaking traffic laws, if caught driving 20km/hr above the allowed limit you have to pay €480.
The only good news here is that most of these countries encourage you to pay the fine immediately you get it by reducing the price depending on when you pay. In Italy you only pay the minimum if you pay within 60days of getting the bill. In France the fine is reduced if paid within 15days. In Greece you only pay 50% if you pay within 10days, while in Spain you pay 50% but within 20days.
If you were planning not to pay the fine because it’s outside Germany beware. Since 2010, fines incurred within the EU will be followed up when you return to Germany. Also the officials in the other EU countries are allowed to take away your DL incase you commit offences in their territories. Fortunately, you don’t incur Flensburg points for offences outside Germany.
ADAC officials have warned German residence to read about the laws in those other countries before travelling, as some of these “petty” offences could even lead to arrests.

Measles Outbreak – Get your Vaccinations Updated (For Kids and ADULTS)