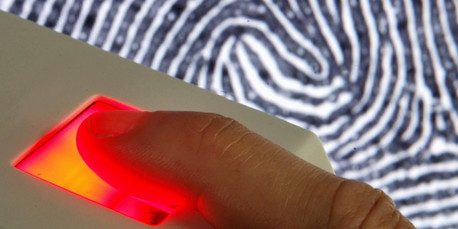 We all know the conditions of being a refugee (asylbewerber) in Germany and in Europe is generally quite hard. As a refugee in Germany you are not allowed to work, other than in special cases while you are forced to survive on the bare minimum. (You can read stories from Asylum seekers here: Seeking Asylum in Germany)
The EU recently allowed the police and other law enforcement agencies access to the Eurodac Databank. The Eurodac Databank holds all the saved fingerprints and information about refugees and other immigrants living in the EU illegally. Die Linke said that this was a violation of these people’s rights. The refugees who seek protection by the EU, are being considered suspects by this act.

The Eurodac Databank that was set up in 2000, was in out in place to fight against Terrorism and organized crime. Having the information centrally saved helps prevent refugees apply for residency in several towns.

The police will only be allowed to check the Eurodac databank for matching fingerprints after they have already checked with their own resources and even then they shall not receive the names from the Eurodac until they get a match.

The struggle of a Kenyan Asylum seeker in Germany