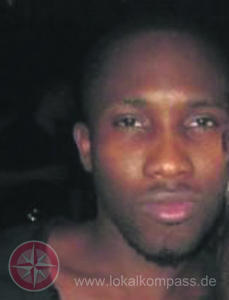 Ibrahim Diallo who is a friend to a well known journalist and artist Christopher Dömges aka Tork Pöttschke has been sitting at the prison in Dortmund since christmas, this all started when he rode on public transport without a ticket. When the conductor asked for his address and further details, Ibrahim couldn’t give him any leading to them calling the police. The police later found out that Ibrahim was living in Germany illegally with no papers.
Ibrahim whose country of origin wasn’t revealed used to live in Cyprus where he came from during the Summer. Out of disillusionment, Ibrahim went on a hunger strike which bought him time as this prevented the immigration officials from taking him to the deportation camp in Büren.

Currently Ibrahim is back to eating as his lawyer fights for him to get a Duldung at the very least. His life in Cyprus is hard and people there are poorer than those in Greece thus the German government should have mercy on people like Ibrahim from escaping from such countries.

Collaboration between the Waldorf school in Kenya and Germany

Join Us in Starting Libraries in Kenya

Why You Should Move to Germany: The Public Holidays (Explained)