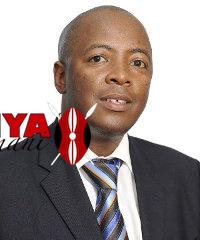 Stories about Africa’s astonishing economic growth, a rapidly advancing middle-class and a unique business opportunity not to be missed, have been told time and time again at conferences and in the media over the past years.
Kennedy Bungane, CEO of Barclays Africa, says investors should focus on the hard data concerning Africa’s economic growth.
Over the past 18 months both Time magazine andThe Economist came out with covers that read ‘Africa rising’. The Economist’s cover caused quite a stir because 11 years earlier the publication called Africa “the hopeless continent”.
One report that seemed to convince most multinational companies that they need to invest in Africa, is McKinsey’s 2010 publication, Lions on the move: The progress and potential of African economies. The report stated that by 2020 Africa’s consumer spending will be US$1.4 trillion and that 128 million African households will have discretionary income.
It is remarkable how Africa’s image has quickly changed from that of a continent plagued by poor political leadership, poverty and war, to that of a lucrative business destination where returns are among the highest in the world. But is the ‘Africa rising’ narrative merely the work of executives, bankers, asset managers and consultants who have a vested interest in portraying Africa in a positive light? Or is the continent’s outlook really that rosy?
Hype or reality?
Is the Africa growth story over-hyped? This question was posed to business leaders during a panel discussion at the recent Ernst & Young Strategic Growth Forum in Cape Town.
Charles Brewer, managing director of DHL Express for sub-Saharan Africa, said business people should take a long-term view when investing in the continent and should not expect immediate returns. “I don’t think the opportunity is over-hyped… Sometimes the challenges are swept away, because of the opportunity. Productivity is a challenge in Africa, but not insurmountable… There are some other infrastructural challenges… they will just take time to fix. It doesn’t mean the opportunity is any smaller, it doesn’t mean the opportunity is diminished in any way, shape or form… Africa’s opportunity is a longer journey.”
Brewer said that Africa’s upside far outweighs the downside. He, however, noted that companies operating in the continent need to be nimble and prepared to deal with the potential risks.
“Sixty per cent of [Africa’s] population probably haven’t heard about or touched your product or service… That’s the opportunity,” he added.
Mark Otty, managing partner for Europe, the Middle East, India, and Africa at professional services firm Ernst & Young, said that from his organisation’s perspective, there is a bigger risk not to be in Africa, than there is to be active on the continent.
Otty noted that he feels more comfortable about investing in Africa today, than he does about putting money into some European countries. “I see very different risks in Europe versus the risks in Africa, but from a market perspective, I feel more anxious about Europe, than I do about Africa. So the risks are different. I think there is an assumption that because we are dealing with political risk, or we are dealing with risk around social instability, or whatever it might be that people talk about in the context of Africa, that these are bigger risks than what we might have in other markets, and I think that is a big mistake.”
Focus on the data
Business people and investors should focus on hard data, such as the continent’s GDP growth rates and the number of households moving into the middle-class. This is according to Kennedy Bungane, CEO of Barclays Africa.
“You cannot argue against numbers. The Africa’s rise story is not hype, it is not hope, it is real. However, we can, in telling the Africa story, forget to mention that Africa’s risk is still higher than average, it is still higher than other regions. I think the return and the growth and the opportunity is [also] higher, but we must not forget that if you are going to succeed here, you’ve got to appreciate that this is still the region with the second worst poverty of all continents…” Bungane explained.
“Africa is the last growth frontier. It is the one place you want to be in if you run a business that requires a sustainable growth strategy. But Africa is not for sissies, so buckle up and be prepared to do more than just product dump,” Bungane added.
While all the panellists were bullish on Africa’s prospects, they all acknowledged that there are many challenges and risks associated with doing business on the continent.
With 54 different countries, one can certainly not paint the entire continent with one brush. Some countries will invariably do better than others. However, whether motivated by hype or real returns, multinational companies are certainly getting increasingly serious about their African operations.
By Jaco Maritz
Share with friends:

Headmistress from a primary school in Mombasa visits Thüringen