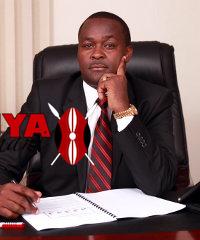 Architect John Kithaka began his journey in business immediately after high school at age 18. A small farming venture in his rural Kenyan hometown with US$70 as capital from pocket money his parents gave him, built his foundation in business. Today, at 40, Kithaka is the CEO and founding member of the Fountain Enterprise Programme (FEP) Group of Companies.
The group, made up of 18,000 Kenyan shareholders, has made investments in 14 companies worth $18.3 million in the financial, media, hospitality and education sectors. Despite running several successful ventures while in university and immediately after graduation, Kithaka established FEP out of a “burning desire to create a club of tomorrow’s billionaires”.
Kithaka draws a lot of inspiration from his profession as an architect, insisting that he never invests in anything until he has laid a solid and unshakeable foundation. He also must have a picture in mind of what the end project will look like and whether it will be sustainable several generations down the line. Speaking to How we made it in Africa’s Dinfin Mulupi, the charismatic entrepreneur shared his advice to other entrepreneurs on how to be a success and maybe even a billionaire.
Think entrepreneurial: In an era where young people aspire to be wealthy and live in the fast lane, Kithaka advised that there is only one way to get there: through entrepreneurship. “We need people who don’t think of just being a pilot but also owning the plane; owning banks not just being bankers; and owning the hospital instead of becoming just doctors,” he said.
Do not go it alone: The FEP Group has 18,000 shareholders and expectations of being worth hundreds of billions (Kenyan shillings) by 2016 when its businesses mature. Kithaka argued that one of the biggest mistakes African entrepreneurs do is “going it alone”, a culture he said needs to change. “Billionaires never have a business called ‘mine’. Are you in cooperation with others such that you can get out and that business will run smoothly?” Kithaka said entrepreneurs should tap the power of many and engage positively with each other. “Great minds don’t compete, great minds pull together,” he added.
Seize opportunities: The world’s most successful people, whether in business or politics, have made it because they recognised opportunities only few could see and turned challenges into breakthroughs. Kithaka recalled that while he was at university, the government announced that food prices at the university cafeteria would be increased. “I knew for sure, students would not be able to afford the food. I saw an opportunity glaring. When schools reopened, I transferred a kiosk I had in Nairobi town and brought it to the main campus to offer students alternative food. That was the beginning of my breakthrough. That was a real opportunity,” he said.
Work smart: “From mathematics I know, no man can make himself a billionaire by working hard,” said Kithaka. “It is only by working smart that you get there. You would need to own companies that make billions,” he explained. Everywhere in the world, Kithaka said, it is the poor who work very hard and very long hours looking for money in the wrong places.
Get into business early: Since his passion has always been in entrepreneurship, when he joined university, Kithaka had to make a choice between getting a first class (equivalent to an A) or coming out rich. “I was very sure I did not want to be an employee and therefore I was not keen on getting a first class. I did business while I was in school, bought a car and even registered my own architectural firm two years before graduation,” he recalled. By the time he graduated, his architectural firm had a good reputation and work experience and he was well on his way to establishing the FEP Group.
Invest in sustainable ideas: According to Kithaka, if you can’t see your business or wealth 70 years from now, then there is a problem. “You need wisdom in what you are doing such that 70 years from now you will have a solid base. In your mind, you should make sure that your business will not collapse in your old age.”
Be committed: It sounds like a cliché but Kithaka argues that his success was inspired by a vow he made, and stuck with, before turning 18. In his last year of high school, Kithaka promised his father that he would never ask for pocket money again. “It was a commitment that I would look for my own money. This was an inner drive. I did business and by the time I joined university 18 months later, I had three years worth of school fees,” said Kithaka.
Put your money to work: Kithaka noted entrepreneurs should go looking for ideas, not money. According to him, the poor look for money and take it to the bank where it will be safe, while the rich see the bank as the place to borrow money. “People don’t have money problems, they have idea problems. All you need is an idea and you will go to the bank and they will give you money,” he added.
Think long-term: When Kithaka started calling people in 2007 to invest in FEP and gave them an idea of what the group would achieve by 2016, it was only those who could see nine years ahead that invested. “Wisdom goes for visionary people and visionaries are those people who see [further] than others can. You either see it or you don’t. A true investor understands tomorrow,” said Kithaka.

How Much is Learning a Foreign Language Worth?