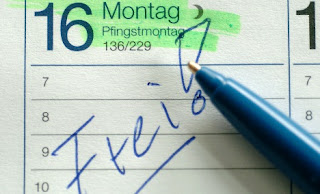 The Federal Labour Court in Erfurt ruled against an airport worker who was appealing against lower court decision that said he had to use up a holiday day for the public holiday he was assigned to work, but had chosen to take free.

The court did not immediately explain the reason for its decision, the Frankfurter Rundschau newspaper reported.

But other, lower courts had ruled that public holidays could be considered normal work days where shift workers were concerned.
The ground worker at a regional airport sued in 1995. He had been working seven-day shifts, took time off on a day that was a public holiday and felt it was unfair to have to take holiday for that time.

The worker based his case on the federal vacation law, which says that legal holidays which fall when a public worker is on vacation do not count when calculating how many vacation days a worker has taken — even if the worker normally would have been required to work on the holiday.