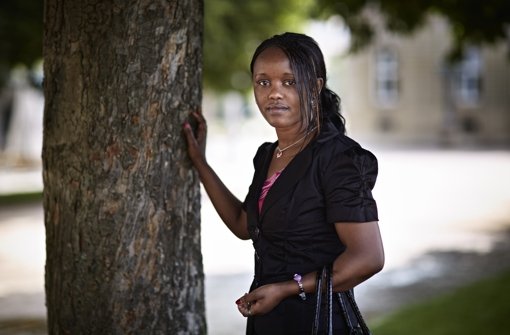 24yr old Grace Kaloki from Kenya but resides in Stuttgart, was shocked when the Work Agency denied her a visa to do her Ausbildung despite having had a place at the school and even bought books to start learning. They had hoped to get an approval this April but even that did not work, now she has to move out from the employee quarters and find something else to do. She doesn’t want to go back home, as she says her parents wouldn’t be able to pay for education back home and she thinks she wouldn’t get such an opportunity if she went back home.The Eigenbetriebs Leben und Wohnen (ELW) in Stuttgart has started a model curriculum in its 11 nursing homes specially designed for migrants from the EU and the third states moving to Germany. It offers a 2 year course where the students learn german and prepare for the Ausbildung. After the 2yrs, the student can apply for the Ausbildung.
The general overseer Wolfgang Haug, at the school says that this has been very common in Stuttgart. Every year he gets more applications than spaces but has never had a full class since the school began due to the denials coming from the Work Agency. When Wolfgang compared the biographies of the applicants whose visas were approved to those who were denied, the only difference is the times at which the prior visas were to run out before the new ones were issued for the Ausbildung. The lucky ones had their prior visas running out shortly before the beginning of their Ausbildung while the others had a large margin.

When asked about this disparity, the Zentralen Auslands- und Fachvermittlung (ZAV) of the work agency stated that the dates on the visas played absolutely no role on whether a person got the visa approved or not but that the ZAV checks for better applicants for the Ausbildung position within the local market and failure to find others then the applicant from a third state gets their visa.

Wolfgang hopes though that the new EU Blue Card Germany will change how stuff have been run at the foreigners office in Stuttgart. With the new law, the Vorrangprüfung that was previously used to dismiss applicants from third states will be considered void.

A recent court case found the Work Agency biased in how it chose who to give visas while hiding under the cover of Vorrangsprüfung. The judge ruled that the African could start her Ausbildung despite the denial from the Work Agency as the applicants that had been considered “more suitable” by the work agency were in reality either not interested in the Ausbildung or not qualified.

The Federal agency does agree that there is a shortage of professionals in this field, with statistics showing that out of 1850 available places only 600 are filled by the recent graduates. The same agency that had brought in engineers from Spain for interviews might have to do the same for the Care givers/Nurses, but they insist if they do it, they will only pick them from other EU member states. The institutions running most homes already began bringing in nurses from Hungry, Poland and Spain on realizing the German system wasn’t providing enough.