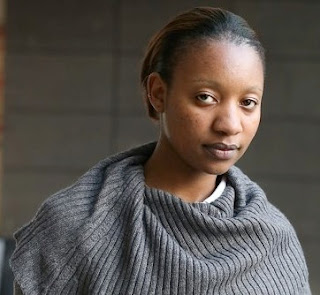 Meet Nancy Nyamoti who had planned to start her Ausbildung in Geriatric care (Altenpflege) this coming October but now has to figure out how to leave Germany ASAP. Nancy who has just completed her FSJ got the Ausbildung position and signed the contract already in January but the Ausländerbehörde aren’t willing to give her the visa to continue with her Ausbildung.
The 26 year old had signed a FSJ contract from October 2011 till November 2012. In November she turned 26 making her unfit to be in the FSJ program and she had to stop. What she didn’t know and nobody explained to her in the beginning was that this automatically canceled her visa as well which was supposed to end in March 2013.

Considering nobody explained the fact that her visa was invalid and neither did she read the tiny script on the visa that explained this, she decided she had until 30th March to decide what to do next. She moved to her sister’s place in Stuttgart only to receive an email in February from the Ausländerbehörde explaining to her that she had been living illegally in Germany for more than two months.

Gerda suggests that Nancy flies back home and applies for a visa from there. If done early enough she could be back by the time the Ausbildung starts but the Ausländerbehörde already pressed charges against Nancy for being illegal in Germany. Nancy is afraid she won’t get a visa if she goes back to Kenya and she doesn’t see much of a future if she returns back to Kenya. Her parents don’t work anymore so they can’t support her; she was actually hoping to work and send money back to her parents.

Gerda says Nancy has nothing to fear and should go back to Kenya without any fear. Also the contract from the employer isn’t enough for her to get a visa as she still requires an approval from the Zentrale Auslands- und Fachvermittlung (ZAV) part of the Arbeitsagentur.

This seems to be a sort of habit in Stuttgart, ama? Remember this lady? A Kenyan in Stuttgart is denied a visa despite having an Ausbildungplatz Anyone know what happened to her?

Azubi Income on the Increase But is it Still too Little