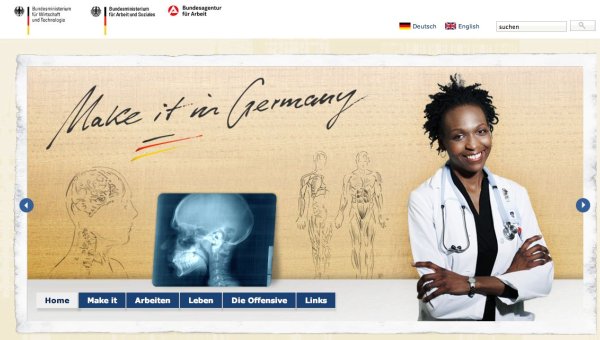 I think I should warn you that these rules only apply to very traditional German companies. Following some of these rules in a “modern”, international setting might cause embarrassment. In case of doubt, just check what those around you are doing for clarification.

Being late in Germany is a cardinal sin. Seriously. Turning up even five or ten minutes after the arranged time – especially for a first meeting – is considered personally insulting and can create a disastrous first impression. Minimise reputation damage by calling ahead with a watertight excuse if you’re going to be held up.

2. Use titles and surnames

German workers tend to stick to roles rigidly and rarely step out of strict office hierarchies. Stay in line and always address colleagues and business associates using their title and surname, unless or until they invite you to use first names. If you find yourself hosting, introduce your highest ranking guest to everyone else taking care to use full names and job positions.

3. If in doubt, shake hands

As well as shaking hands in greeting, Germans also shake hands with everyone in a room before and after a business meeting or conference. If you have to leave early, shake everyone’s hand again, starting with the most senior person present and working down. The German handshake is firm and brief, said to convey confidence and reliability. A weak handshake will suggest you are unsure of your abilities.

German business attire is reserved and conservative, with both men and women typically donning dark suits and few, if any accessories. Men are advised to avoid flashy ties and women should keep make-up and jewellery simple and low-key.

Don’t expect your German colleagues to be natural sharers, and don’t take it personally if they seem distant, even after some time. Keep small talk light and non-specific, as most prefer to keep the details of their home life or political and religious views out of the office. Most co-workers will brighten at the prospect of talking shop, however, which is almost always acceptable, even during meals.

NB: Never discuss your or anybody else’s income – a taboo in German workplaces where wages vary

Earn German colleagues’ respect by respecting their privacy. If you find yourself faced with a closed door, especially to a private office, always knock before entering. Equally, never call a German colleague at home unless it’s really an emergency – of catastrophic proportions.

Germans don’t tend to be the touchy-feely types. Observe the personal space of others and avoid patting shoulders, arms or generally any physical contact beyond that all-important handshake.

8. Say what you mean

In negotiations, Germans tend to be direct and frank about what they want and they will expect you to do the same. If you are pitching a project, remember making a decision can be a long process, so don’t bother with the hard sell, just present all the facts as thoroughly as you can. Likewise, if Germans are presenting you with a proposal, stock up on coffee and be prepared to be shown a barrage of figures, graphs, tables and pie charts.

Germans tend to keep full, relatively inflexible calendars, so be sure to schedule meetings well in advance. Surprises are generally frowned upon, so don’t expect to be able to change or cancel an appointment at short notice without annoying your German associates. Last minute cancellations are an even worse sin than being late.

If attending a business lunch or other meal, wait for the host to initiate most things – drinking wine, eating and conversation. Make sure to wish everyone Guten Appetit before digging in. When toasting chime in with Prost! or Zum Wohl!, and look other guests in the eyes when clinking glasses. Hopefully, the meal will follow the German toast Erst mach’ dein’ Sach dann trink’ und lach! (First take care of business, then drink and laugh!)

Ever been the Only Black Guy in the Office?

Make Traction to Move Closer to your Goal