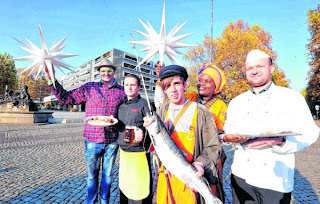 Seventy percent of those asked said immigration made it easier for international firms to invest in Germany, while 62 percent said that immigration could ease the effects of Germany’s ageing society. And half said immigration as an effective means against the country’s lack of skilled labour.

But two-thirds of Germans also saw immigration as an extra burden on the social security system, and as a source of conflict with “native” Germans and a source of trouble in schools, according to the Emnid survey commissioned by the Bertelsmann Foundation.
And fewer than half of the 1,002 people asked were in favour of easing naturalization procedures, allowing dual citizenship, and toughening anti-discrimination laws.

“Germany underestimates the importance of its ‘welcoming culture’ and overestimates its appeal as a country of immigration,” concluded Ulrich Kober, integration specialist at the Bertelsmann Foundation.

In fact, he added, highly qualified people from non-EU countries actively avoid moving to Germany. “Without more social openness, we are not attractive for qualified immigrants, who we badly need to counter the demographic development,” he said.

The survey also showed that anti-immigrant ideas are possibly dying out, with the pollsters finding that the younger the German, the less likely he or she is to hold anti-immigrant views.

The study found that the advantages of immigration weigh more heavily with under-29-year-olds. This age group rates the contribution of Germany’s long-term immigrant population more highly, and the majority of them believe that naturalization should be made easier.

Should Children be Charged for Their Parents’ Deportation?

Former Mungiki leader dies as an aslyumseeker in Berlin

Kenyan "Out of the Slum" Art Exhibition in Essen