This past weekend a Kenyan was attacked in Fürstenwalde in Brandenburg. The Kenyan had gone for shopping when he met his would be attackers outside the supermarket on their motorbikes. He didn’t think much of it and he walked past them and went into the supermarket to shop. 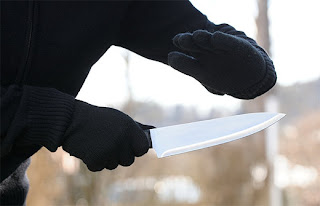 After shopping he got on his bicycle and rode off, but no sooner had he ridden 200m than the attackers began to pursue him on their motorbikes. The Kenyan still thought nothing of the bikers coming towards his direction until one of those on the motorbike intentionally collided with the Kenyan’s bicycle. The Kenyan fell to the ground and as he tried to get up, another one of the bikers ran over him.

The police were called to the scene of the crime but could do nothing as the bikers had already ridden away on their bikes. The police will continue investigating to find out who the perpetrators were.

The Kenyan broke an arm and is currently in hospital recovering, he sustained a liver blood clot and other minor injuries.

Do you still think it’s a coincidence thsi is happening to Kenyans?