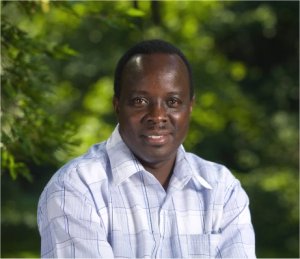 I know most of you have never heard of him, not unless you were once a member of Moi University in Eldoret. I introduce Prof. Dr. Peter Tirop Simatei, a man with a passion for literature and the Diaspora.


He completed his doctorate at the University of Bayreuth in 2000, where he was awarded the Preis der Stadt Bayreuth für besonders herausragende Doktorarbeit, (Distinguished City of Bayreuth Doctoral Thesis Award) and he’s now back again at the University as a Research fellow under the sponsorship of Georg Forster-Forschungsstipendium der Alexander von Humboldt-Stiftung to research further on a topic he started in his Doctor- Thesis titled “The Novel and the Politics of Nation-Building in East Africa.”

He has extensive knowledge and has written widely (check his CV here) about the Diaspora. Most of you must be thinking he’s writing about you…..no he’s not. That’s the beauty of it, he writes about the “forgotten” East African diaspora. He writes about the East African Asian Diaspora, mainly the Indians who originated from East Africa and now live in North America or in the UK. but whose writings (in terms of settings and concerns) traverse four continents (Africa, Europe, North America and India).

He is interested in how these writings problematize the idea of home and belonging, identity and citizenship and also the relationship between space and time, and how they function in relation to the construction of a diasporic imagination. Peter’s work involves locating new voices and orientations that enter into dialogue with the established identity politics of nation formation found in the national literatures.

For the love of Kenya – The 50 Treasures of Kenya