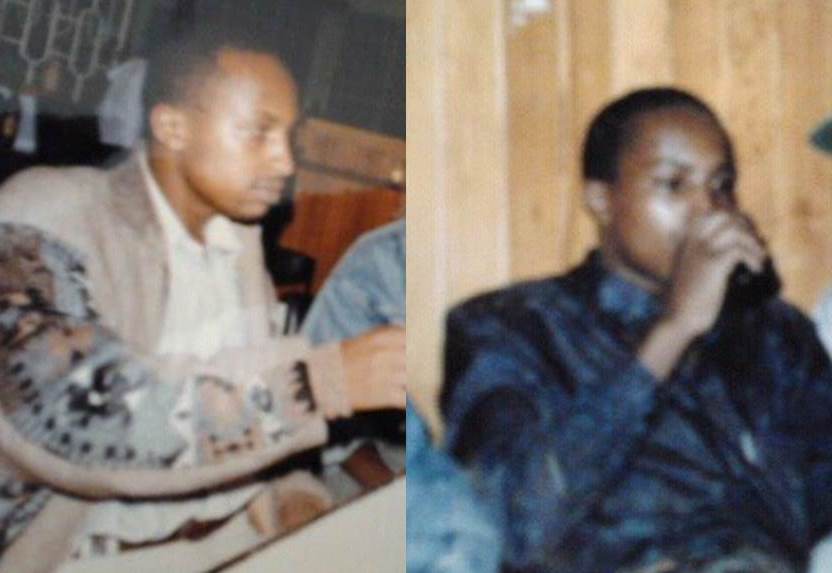 Margaret Mwangi, a middle-aged Kenyan woman living in Cornwall United Kingdom is desperate to find her missing brother, who is said to have arrived in Germany in 1998.

According to Margaret, her brother whose given names were George Chege Mwangi (Ngoi), came to Germany before his 18th birthday following a spate of tribal clashes in Kenya, in the hope of finding asylum on those grounds. Right after the 1997 elections, he left Kenya and came to Germany.

In 2000, Chege wrote home, while Margaret was still in Kenya, to say that he had been adopted by a German family in Frankfurt, was settled and looking forward to starting his studies and participate in sports. He did not give details about the said adoptive family or the exact address of his residence.

Friends who lived in Frankfurt by then and whom Chege had known from Kenya, would occasionally report to Chege’s family that they had met Chege in drinking joints in Frankfurt. However, Chege did not contact his family over the years nor mention his whereabouts.

“You see, as the youngest in the family he was very reserved. Though socially outgoing, he liked to keep to himself and seldom reached out”.

Chege would be about 38 years old today. Margaret says at that age, he would probably have a family the more reason for her concern.

Friends who had relayed information on meeting Chege in Germany, indicated that he had changed his first name to Peter, but none knew whether he had also changed his surname.

With their father having passed on earlier, the situation has proven to be precarious as Margaret finds herself alone after her mother and other two siblings passed away recently in Kenya. Margaret says that, on her death bed, her mother implored to her to find her son.

“My mother frantically asked Kenyans from Thika living in Germany to look for Chege, but nothing was forthcoming. She died sad, longing for her son who never returned “. Margaret relates.

Margaret has also tried to contact the Kenyan Embassy in Germany, but since Chege is not registered it is difficult to trace his whereabouts.

“I think he is a missing person, I want to know where he is, I need to see my brother, do you think I will ever find him”. The desperate Margaret implores.

She has tried to put notices on Diaspora publications in the UK but to no avail, and hopes that this would be a chance to find her lost brother.

“Perhaps someone will read, a friend, a drinking buddy, a neighbour please help me find my brother”, Margaret pleads.
​