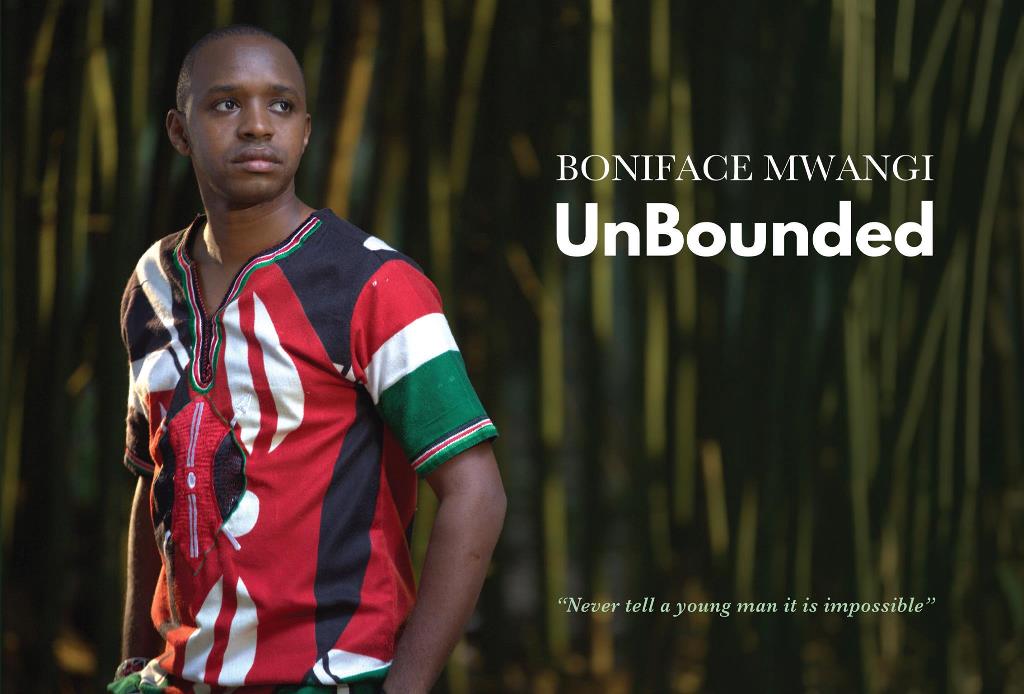 Kenyan activist, Boniface Mwangi, is back in Berlin this time to launch a book.

Boniface Mwangi is renowned for his powerful photographs and courageous protests calling for social justice in Kenya and beyond. His latest publication UnBounded is a collection of engaging personal stories that take us through some of the people, places and events that have shaped Boniface, one of Kenya’s best known photographers and activists. It is a portrait of the child, the man and some of the human, harrowing and even humorous episodes that he has witnessed and photographed.

This book tells of the two remarkable women – his mother and grandmother – who influenced his character and inspired his drive to raise awareness about poverty, inequality and corruption. His work as a photo-activist is grounded in social engagement, collective action and the need for justice. This is the story of a man full of determination and warmth, a man who lives his life to make a difference.

“It is the youthful rebels, reformers and revolutionaries that must overthrow the global status quo. Boniface Mwangi’s story is within this trajectory and is relevant to Kenya, East Africa, and indeed, the world. I believe his patriotic story has just begun.?A luta Continua! Vitoria é certa!” — Dr. Willy Mutunga, Chief Justice and President, Supreme Court of Kenya.

Boniface Mwangi’s presentation will be followed by a conversation with Mwangi Hutter which actually represents two artists: Ingrid Mwangi and Robert Hutter.

Ingrid Mwangi was born and raised in Nairobi, Kenya. Robert Hutter was born in Ludwigshafen/Rhein, Germany. They both received New Artistic Media degrees from the University of Fine Arts Saar, Saarbrücken, and have received scholarships from the Studienstiftung des Deutschen Volkes, and residency scholarships of the Rhineland- Palatinate studio at the Cité Internationale des Arts, Paris. Their work has been shown across Africa, Asia, Europe, United States and South America, at the Bienal de Sao Paulo, Venice Biennale, the Brooklyn Museum, DAK’ART, Museum für Moderne Kunst, Smithsonian Institution – National Museum of African Art, Mori Museum among others. In 2005, after working together for several years and marrying, Mwangi and Hutter merged their names and biographies and became a single artist, Mwangi Hutter. Working with video, photography, installation, sculpture, painting and performance, they use themselves as the sounding board to reflect on changing societal realities, creating an aesthetics of self-knowledge and interrelationship.

Kenyan Beats Hundreds to Win the Scholarship in Düsseldorf

Former President of Germany in Nairobi for the First Ever, East African German Business Summit