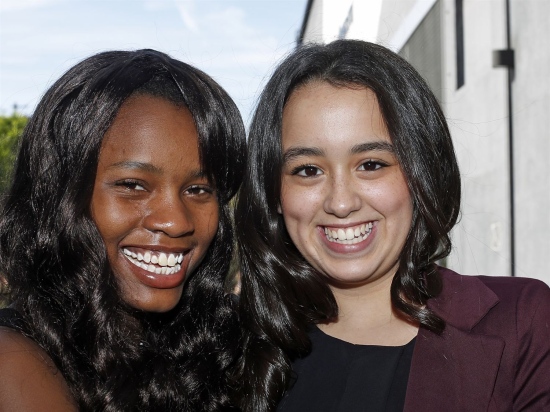 I’m loving this new generation of Kenyans in Germany. They are breaking records and leaving an amazing new image of Kenya. This generation is showing Germans that we’re not only good at running marathons on tracks but also educational marathons.

Anita Atieno Oulo came to Germany in 2003. Her father had come to Germany earlier and when he’d stabilised he brought in his family.

Anita has not only great grades but also gives back to the community by volunteering in different activities. After her primary school (Grundschule), she proceeded to the Benzenberg-Realschule where she graduated as the best student with 1,7 (A-grade). Moreover, she also volunteers as a tutor and as a sports coach. This combination saw her beat over 500 other applicants to become part of the 6 who made it.

From 500 applicants, 100 were called in for the interview and eventually only five got the Start- Stipendium from the Bürgerstiftung. The scholarship is aimed at bright students who wouldn’t be able to afford joining the Gymnasium. The scholarship is worth €25,000 with each student getting €5,000. The scholars will not only get money but also moral support and ideas on how best to achieve their goals.

Anita who is a role model to her three siblings, still isn’t sure what she would like to be professionally but she still has time, “Although I wrote I’d like to become an English and History teacher in my application, that could always change.” she told the West Deutsche Zeitung.

With this scholarship she’ll be proceeding to the Lessinggymnasium.