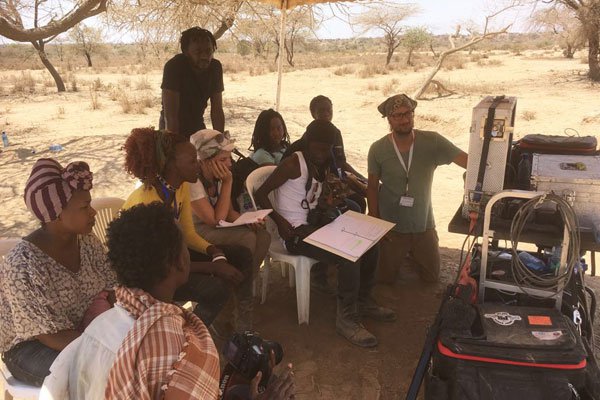 A group of German students who are in Kenya to make a film about the December 2015 Mandera bus terror attack are distraught after their equipment was stolen from their rented apartment in Nairobi.

The students’ apartment on Muringa Road in Nairobi was raided by a white man, who disguised himself as one of them and made away with the equipment worth Sh12 million.

“We arrived three months ago and have been collaborating with Kenyan film-makers to make a film. We hired the camera from a South African firm,” Tobias Rosen, producer and actor who is one of the students, told the Nation on Tuesday.

Mr Rosen said they had left the cameras in their apartment on August 14 but on their return, they did not find the equipment.

He said a watchman at the apartment said the white man driving a white double cabin pickup truck, whose registration number was recorded, entered the compound after claiming that he was part of the film crew.

“The man lied to him that he was part of our team and made away with the camera and three big cases,” he said.

He said they reported the matter to the Kilimani Police Station under occurrences book number 129/14/8/2016 but their equipment has not been found and neither have they received any feedback from the police.

But Kilimani OCPD Peter Kattam, when contacted for comment, said he was unaware of the case and promised to follow up.

Mr Rosen said his team had been forced to find another camera to continue with their filming.

The students are from German Filmmaking University Hamburg media school. They were in Kenya to produce a 2o minute short movie .

Favourite Courses WS09/10 – Which Courses Did Most People Apply for this Year?

Kenyan Lady Passes Away in Bad Ditzenbach Near Stuttgart

German Firm Accuses Kenyan Manufacturer of Infringing on Its Brand