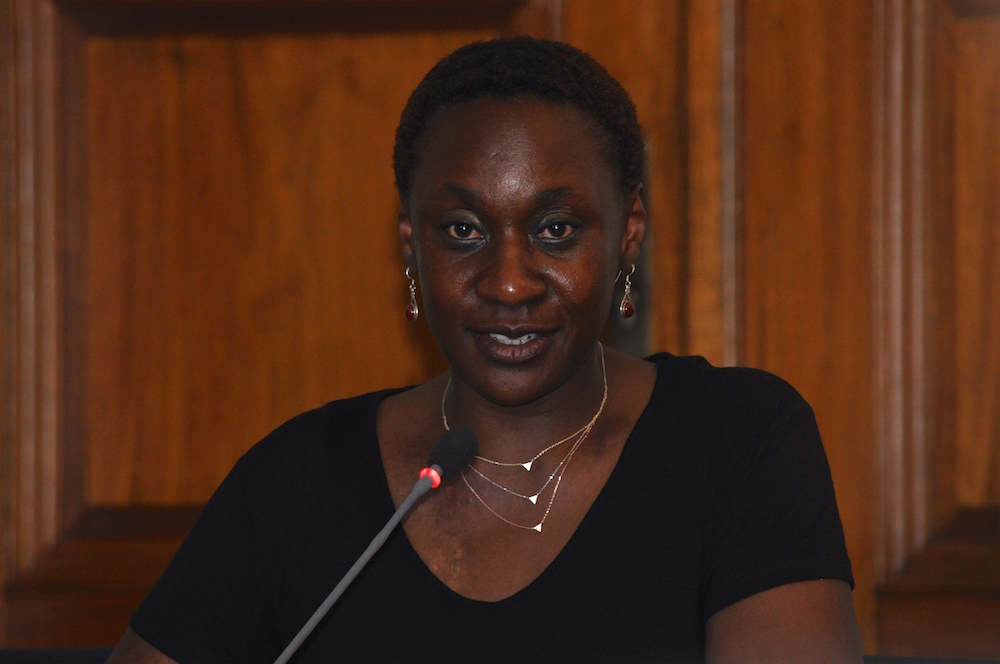 At only 43, Professor Maureen Maisha Auma, boasts of numerous academic and professional accolades both in Kenya and Germany. The scholar is not only a professor at the Hochschule Magdeburg Stendal and a visiting professor at the Humboldt University in Berlin but is also an activist that uses her experiences and platform to educate and sensitize on matters affecting minority groups in society.

Born in Kisumu, Prof. Auma’s earliest memories can be traced to her home within the staff quaters of Mbagathi Road Primary school, where her mother worked as a teacher at the time. Accustomed to loud days with children shouting on the playground, the silence and emptiness that engulfed the school in the evenings was a welcome serenity for young Maisha to catch up on her own books.

“Teaching was very central in the family”, Maisha explains.

Her desire to become a teacher was came from her admiration for her mother, Pauline Miduda Raburu, one of the best swimming coaches Kenya’s ever had and her uncle, former VC of University of Nairobi.

“I grew up hearing people call my mother “Japuonj”, Luo for teacher. And it instilled in me a passion to teach”, she narrates.

She sat her Kenya Certificate of Primary Education (KCPE) Examinations at Loreto Convent Primary in Mombasa after attending Nairobi Primary School and Hospital Hill, before joining the Kenya High School as part of the second batch of 8-4-4 students. The 8-4-4 education system was introduced in 1985, to replace the 7-4-2-3 system. 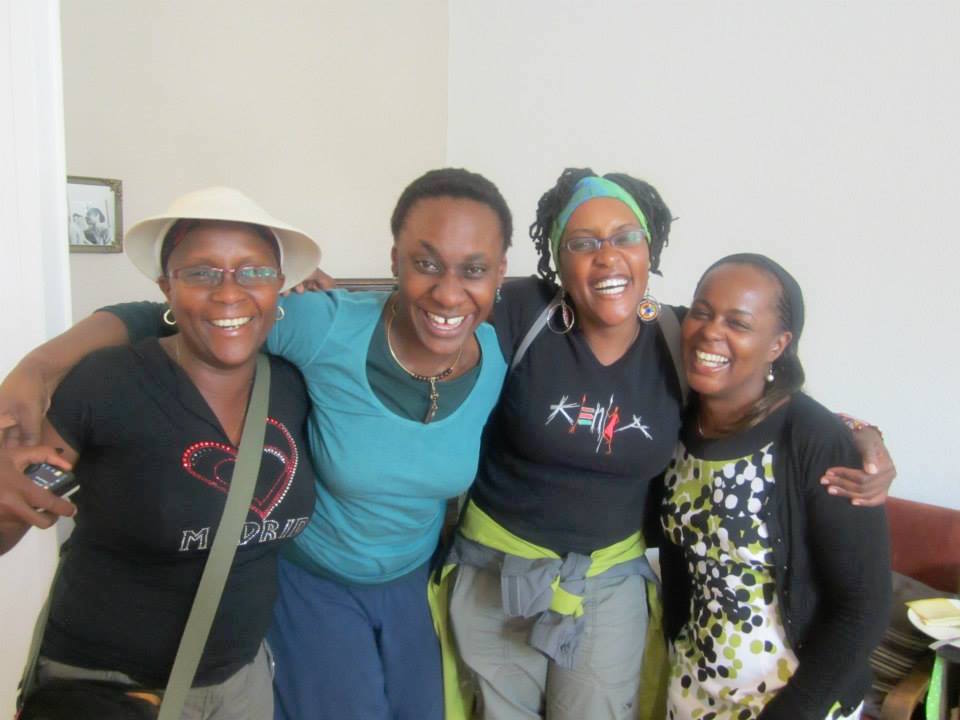 Despite her excellent academic record and the admission letter she received to University of Nairobi, Maisha had to go through Studienkolleg to attain the required 13 years of the then, pre-university schooling in Germany. She qualified and got an admission to the Christian-Albrechts-Universität in Kiel, where she graduated in 1995 with a degree in Social Work.

It was during her time working as a counsellor, working with women and girls that had experienced violence and her own encounters with racism that forced her to become an activist to advocate for social cohesion and against racism.

“I was forced to take self-defence courses to counter possible harassment”, she explains.

She would spend 18 years of her time in social work negotiating space for women in the society, only to realize that gender issues and the position of women in the society leaned more on concepts from the West and remained limiting in the understanding of the challenges women in post-colonial societies face.

To Prof. Maisha these challenges can be tackled if people came collectively into a position of consciousness where racial differences are not seen as an inhibiting social factor but a diverse embodiment of unique personal and cultural attributes.

With an interest to understand how children experience the social world and complex societal problems like racism, Prof. Maisha would graduate with a doctoral degree after the successful completion of her doctoral  thesis on: “How Children Understand the Construction of the Social World”. 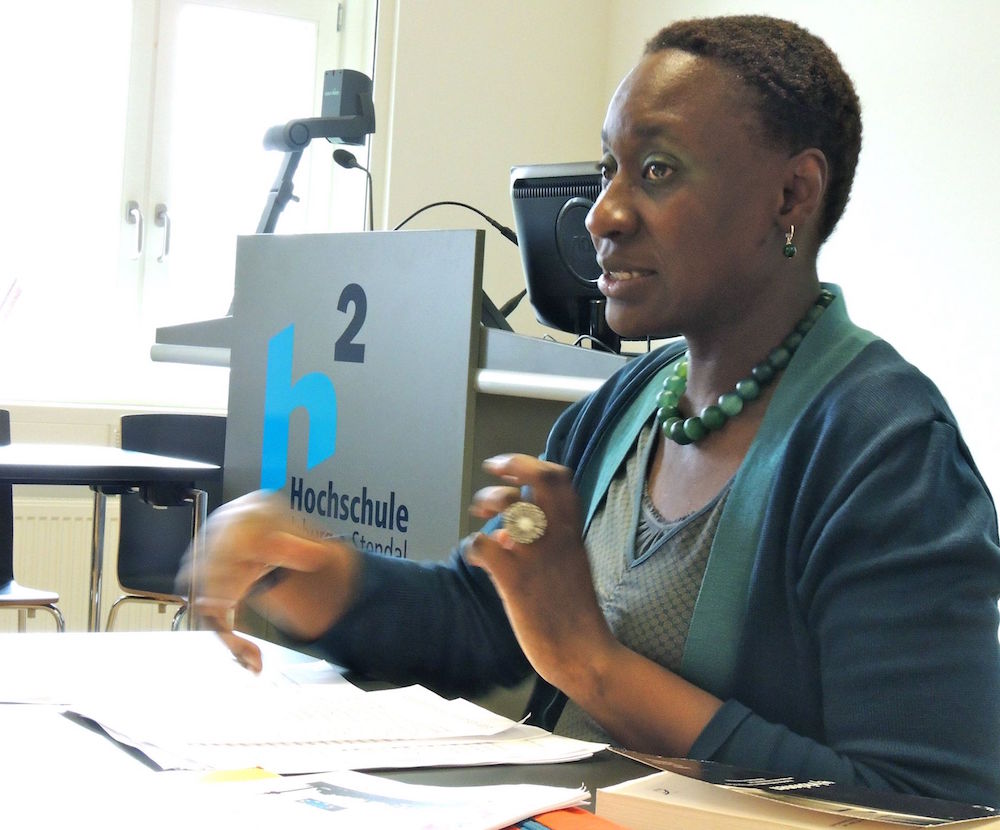 Little did she know that this would be the beginning of her journey in the world of academia. In 2005, she started work as a lecturer at at the Center for Transdisciplinary Gender Studies and the Institute for Education both at the Humboldt University in Berlin, before graduating to an Assistant Professor position in 2005.

In April 2008, she was awarded a full Professorship in Childhood and Difference (Diversity Studies) at the Hochschule Magdeburg Stendal, where she was soon registered as a civil servant (beamter). A fete not easily achieved in that field.

She had previously considered returning to Kenya, but the position at the Humboldt University in sealed her fate to stay in Germany.

Through the hardships and the difficulties, she attributes her strength to her close knit family that was always there, cheering her on.

Prof. Maisha is convinced that Kenyan intellectuals in Germany could turn around the social landscape both here and at home if they worked together to look for solutions to resolving social challenges. Something she learnt first hand from her mentor the late Dr. Anthony Z. Owinoh, formerly of the Kenya Berlin Forum.

After her divorce was finalised, Professor Maureen Maisha Auma dropped her ex-husband’s name “Eggers” in favour of her own name, “Auma”. A move some might label as radical, but she has a logical explanation to it all. 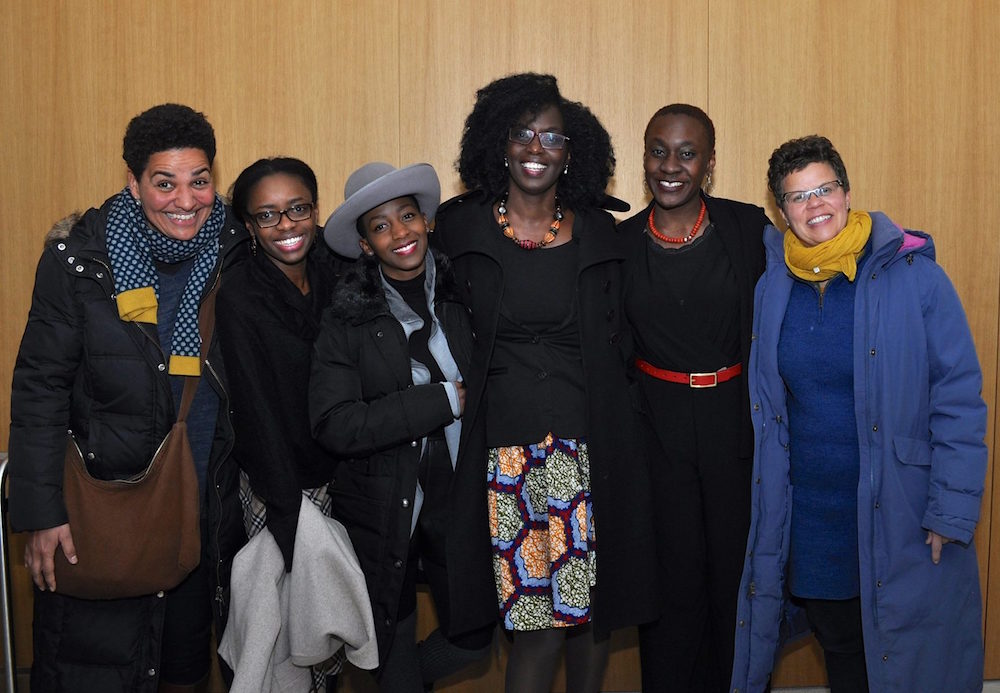 In the Luo community, where she hails, the name Auma was given to an infant delivered in a prostrate position and had to be turned around. An act Prof. Maisha says reflects her current stage in life. “I am at a turning point in my life, where I’m experiencing breakthrough”, she emphasizes in her strong stoic voice.

“It feels good. I am 43 years old and I finally have a stable name, my own. It’s like a rediscovery of self”, she explains.

And what does she do for fun? She has been a member of Adefra, an iniative that supports Women of Colour in Germany, since 1993. She likes to hang out with friends that she has made over time Another pastime she has recently taken up is gardening. “We have patches of sweet potatoes, carrots, vegetables and flowers”. Asked where she learned to garden, she says from the internet and from 8-4-4 Agriculture classes. Again she laughs.