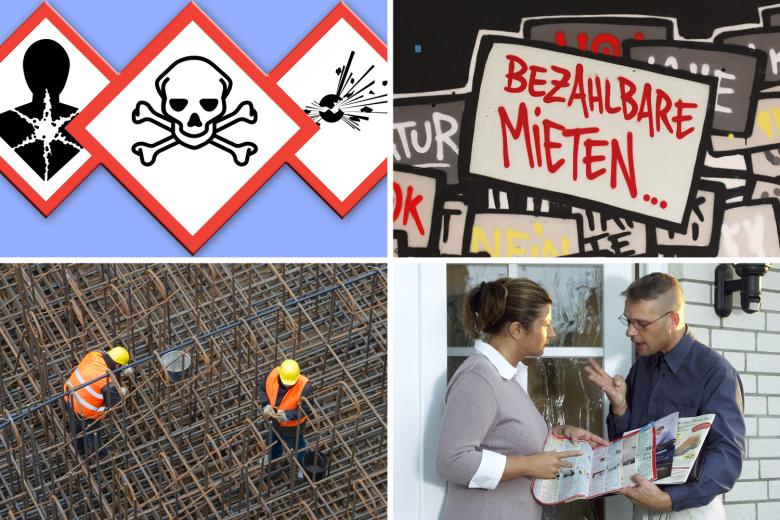 It’s April and with it comes new changes in consumer and arbitration laws. The good news is that now, you can enjoy a little reduction in costs on mobile calls, SMS and surfing in other European countries starting this month.

The consumer dispute resolution law (Verbraucherstreitbeilegungsgesetz) that comes into effect this April, will ensure that arbitration bodies are made available to offer quick and inexpensive ways to settle consumer disputes out of court.

According to the Federal Ministry of Justice, the regulation includes, all sales and service contracts between consumers and enterprises in the European Union.

From April 1, 2016 constructors of new energy efficient buildings will be allowed to take loans from KfW twice as high. Instead of 50,000 euros, the upper limit will be 100,000 Euro per unit. These funds, however, only apply to new buildings, which conform to the minimum “KfW Efficiency House 55” standards. This means, their energy needs must be no more than 55 percent of the allowable end of 2015 highs.

The names of the programs as per the January 2016 requirements, will fall under the Verbraucherzentrale Bundesverband. In addition to the previous categories of 55 and 40, in future, the 40 Plus category will be applied, which promises more attractive repayment bonuses. For 20- and 30-year repayment terms, a variant with 20 years fixed interest rate has been introduced.

Starting April 30, 2016, calls and surfing in Europe will be cheaper when the new EU roaming rules come into force. For connections abroad, service providers may charge an additional cost to the home tariff, but not exceeding five cents per minute plus VAT. An SMS can cost no more than two cents extra. For the use of the Internet, the roaming charge is limited to five cents per megabyte.

From 15 June 2017, the same tariff will apply at home and within the EU. Therefore will be no additional charges on calls, browsing and sending SMS’s abroad.

Future limitations on the neutral net

The EU has authority to impose rules on the Internet’s net neutrality.  As from April 30, 2016, new rules for access to the open Internet will apply. According to Consumer-Bundesverband, all internet bundles will be treated equally, regardless of the sender, recipient, content, device or service application.

However, the charges may differ from one network operator to the next, to avoid an impending congestion. The service provider will then be obliged to inform the consumer on the impact of restrictions on the access and use of the Internet and apps.

Unless a sufficient network capacity is available, the Internet provider may also offer optimized special services to the consumer. The priority may be considered for services, such as telemedicine. As long as the services do not overuse the Internet, otherwise it would be curtailed in terms of speed and bandwidth.

Loan recipients will now be better protected from foreclosures as of March 21st.  This is in line with changes in the EU directive on residential and property loans, and additions to the Civil Code (BGB) as implemented by the Commercial Code (HGB).

With the current law, banks are obliged to check the creditworthiness of their customers before approving loans for real estate and other property purchase. In case of incurred risks, obligations stipulated in the customer ‘s credit agreement, is applicable. This move will eliminate the otherwise prepayment penalty. The usual market rate on the loan will be calculated until the date of termination.

This may mean that unlike previous cases, banks can reject customers, if the credit is not sufficient. In addition, the distribution of combined loans, such as equities, fixed income securities or insurance are prohibited, with an exception to building savings and Riester contracts.

The customer’s right to withdraw from contracts on newly concluded loans to finance real estate is limited. In the case of an erroneous withdrawal, a maximum period of 12 months and 14 days is required. The law has further improved protection of consumer’s overdraft facilities. Now Banks must include highly visible interest charges on their website.

The law also ends the formerly eternal withdrawal for borrowers who completed their loan agreement between 2002 and 2010, but their Order cancellation had errors. Anyone wanting to use the so-called revocation Joker, has only until June 21, 2016 time for it.