The last place you would expect to meet a Kenyan, let alone a successful musician would be in Russia. But lo and behold Benson Angawa Aginga aka Beni Maniaci, a Kenyan artist together with his Zimbabwean counterpart, Victor Kudzayi Matinyarare alias K. King have become a household name in Volgograd, a small town a 1000 kilometres from Moscow in Russia.

The two artists arrived in Russia in 2000, to study medicine. After completing their studies, they moved to the outskirts of the old Russian city Moscow, to Volgograd which promised to nurture their musical talents. 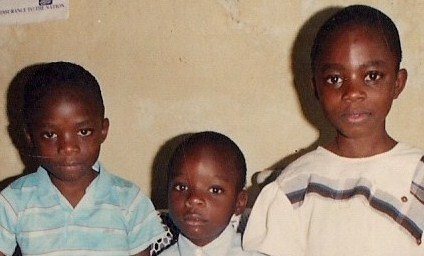 The medical students now turned musicians have spent the last 16 Years, rapping in a mixture of languages from English, French and Russian.  Under the Architects Music Group (AMG) production company the artists fuse their music in a modern ensemble of hip-hop, first heard in Volgograd clubs, and later released on albums.

Volgograd has approximately one million inhabitants and eight universities, a prime location that the rappers owe their success. As their names hit the charts, they also organized music concerts for young people, and are well sought after in the Russian hip-hop circles.

Their music and fresh beats has attracted teenagers enthusiastic of the hit song, “Go hard like Vladimir Putin”. The song has got over a million online hits.

The artists told the Sonja Vogel, Editor of the Moskaeur Deutche Zeitung that they chose the uncertain music path because they were hopeful it would bring in profits, unlike an office job. Since 2012, the two-man band has brought together other African hip-hop artists, who live in Russia.

The artists including GB, Khadaffi, Zulu Manthan, Kelz, Koldblooded, Kemikal Kris and Young Mo. The group has recorded their music videos in Kremlin and other prominent places in Moscow.

October last year, K. King and Beni Maniaci released their first album titled, “AMG: “Niggaz in Moscow”. They say their goal is to use music genre in breaking negative stereotypes of blacks in Russia. The encourage other aspiring African artists, to venture on the international music scene, just as they did from Kenya and Zimbabwe, to the centre of Moscow.

The band draws on various cultural contexts, language, style and lyrics. The music is not only about wealth and tough guys, but also on other important issues like the economic crisis, and sanctions. This year, AMG have already played in around 50 concerts throughout Russia.