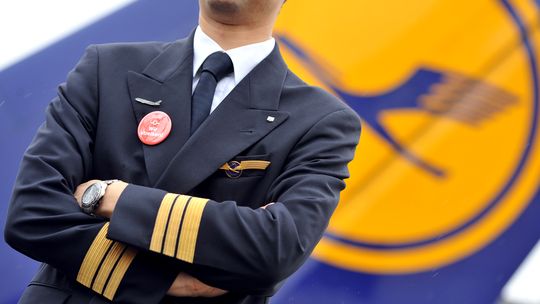 After an 18 year-absence from Kenya, Lufthansa was set to return to Kenya later on this month with five weekly flights to the Jomo Kenyatta International Airport (JKIA). However, Lufthansa is rethinking this plan after misunderstandings with their pilots over retirement settlements. Lufthansa will be cutting down on the number of flights as well as the size of the aircrafts in use. (READ: Lufthansa to Introduce Direct Flights from Frankfurt to Nairobi)

The carrier says it will deploy a Boeing 737-700 plane that carries approximately 135 passengers instead of the bigger Airbus A340-300, with a capacity of between 275 and 300 passengers, as earlier planned.

Lufthansa had planned to fly to Nairobi four times a week (and raise this to five times in December) but has now reduced its frequency to three weekly flights until it resumes using the Airbus A340-300 beginning April.

“Original plans called for the use of an A340-300, but due to last-minute operational developments concerning available cockpit crews, Private Air was able to provide a short-term solution,” said Lufthansa in a statement to Kenyan travel agents.

German pilots’ union Vereinigung Cockpit and Lufthansa’s management have been locked in a long-running battle that has resulted in 13 strikes over 18 months.

The dispute began over Lufthansa’s plans to scrap a scheme that allows pilots to retire at 55 and keep 60 per cent of their pay before regular state pension payments start at the age of 65.

(READ: Lufthansa to Take Over Nairobi Operations from Brussels Airlines)

Lufthansa had initially said it would be making the eight-and-a-half hour flight to Jomo Kenyatta International Airport on Tuesdays, Thursdays, Saturdays and Sundays, with the addition of a Friday flight between December 11 and January 30, 2016.

The German multinational now says it will operate three weekly flights (Tuesday, Thursday and Saturday) until April when it will formally introduce the A340-300s as earlier envisioned.

However, due to “exceptionally high bookings”, the airline will use the large plane exclusively for 12 flights between December 15 and January 16 when many people are expected to escape the winter cold in Europe to visit the warm Kenyan climate.

“We are excited to offer additional capacity with the A340 due to high booking figures”, said Hakeem Jimo, Lufthansa’s spokesperson for sub-Saharan Africa, in an email interview.

He declined to explain the reasons behind the airline’s decision to implement last-minute airplane and flight frequency changes or the specific issues the airline experienced when contracting pilots.

Former President of Germany in Nairobi for the First Ever, East African German Business Summit

Mpesa Servers to be Relocated to Kenya from Germany