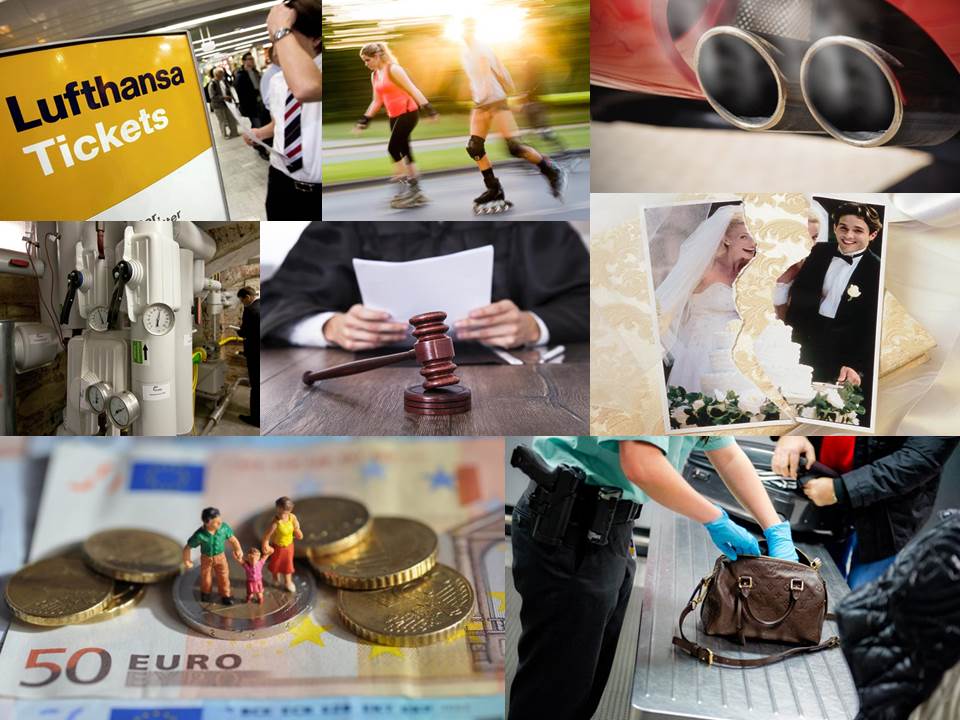 As sure as the sun will rise, there are new laws and regulations this month:

According to the Family Procedure Act (Familienverfahrensgesetz (FamFG)) from now on, all divorces shall be handled by a large family court. This is in an attempt to speed up the process.

Couples who decide to part ways will have to share their asset acquired during marriage equally, however, debt a spouse brought along into the marriage will no longer be paid out from the assets acquired together in marriage.

Azubis training to become bakers will have a great start to their training with their income being increased by 20euros. So to all first year baker azubis, you’ll be receiving €470 a month.

Construction workers who are trained will also be happy to learn their minimum wage has been increased to €10,80 in West Germany and €9,25 for those in the East

To the inline skaters on the road, they will be handled like pedestrians but will only be allowed to ride on the pavement on areas with the “Skaten frei”.

German airports are set to make their search for explosives stricter especially in hand luggages. So expect to have your hand luggage inspected ,much longer and more thoroughly. Expats however don’t believe this will increase the amount of time you need to queue at the airport.

From 1st of September, Lufthansa is out to ensure people book via their website rather than using the other sites. All those that choose to book and pay for their ticket using third party websites, will have to pay 16 euros extra. This cost is however not included if you book via the Lufthansa website.

The Federal Cartel Authority (Bundeskartellamt) has accused Lufthansa of discrimination and the case is currently in court. Currently, over 70% of bookings made to Lufthansa are made on third party websites.

New cars will have to uphold the Euro 6 emission level. Cars with a higher emission than 95g/km will have to pay the environmental tax (Umweltsteuer).

The Techniker Krankenkasse will this month introduce virtual doctor-check-ups. As part of the pilot project, the TK will be working with dermatologists. The online check-ups will only require a computer and a webcam.

From now on, doctors will be required to keep records on their patients even if the patient is suffering from a non-infectious disease. These records should also include information on how the patient would like to be treated, in cases where they may be unable to communicate their wish.