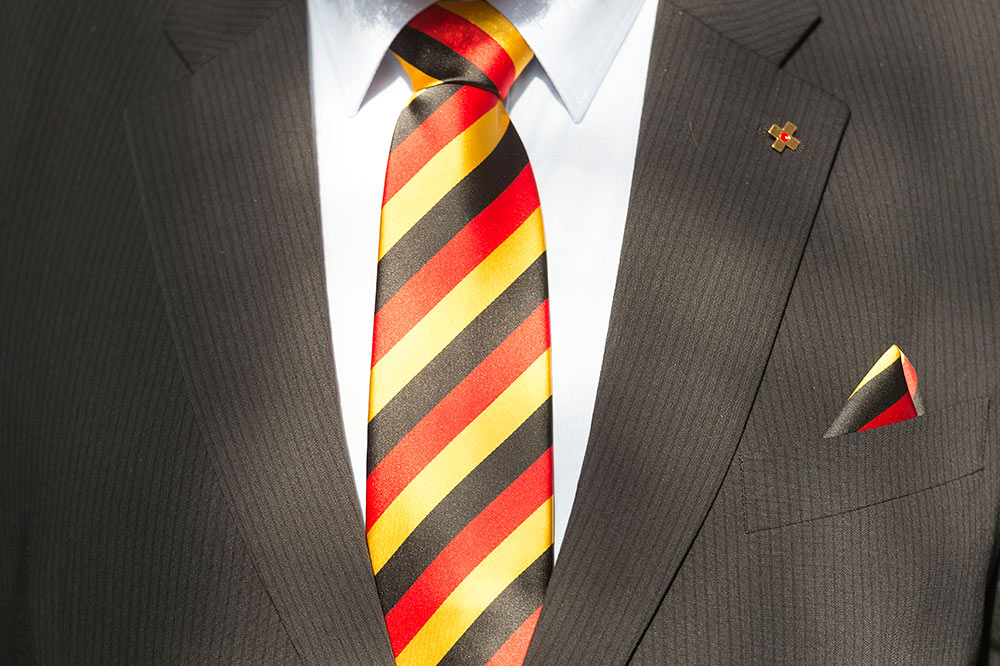 Just as sure as we are that the year will end, we’re also sure that there will be new laws and regulations in Germany to welcome the new year 😉

The minimum wage will be set to 8,50 euros per hour. Only in industries with tariff contracts may continue paying less than the set wage. However as from 2017, even they will be forced to use the new set wage.

For some other groups, however, the €8.50 won’t apply to their first contract e.g.

Parental Benefit Plus (Elterngeld Plus)

Thanks to the reform of the Federal Parental Benefit and Parental leave law (Bundeselterngeld- und Elternzeitgesetz (BEEG)), there will be several changes made to parental benefit by the introduction of the parental benefit plus. Although this comes into effect on January 1st, only parents who give birth from July 1st 2015 are legible to apply for it.

Although new parents getting parental benefit were also allowed to work part-time, they will no longer receive the full benefit amount.

Parents will now also be allowed to receive the parental benefit for up to 24months after birth of their child instead of the usual 12 months of the current regulation.

Parents will also be allowed to share the Elternzeit into 3 blocks unlike the current 2. However, if the third block falls between the child’s third and 8th birthday, the employer may refuse to give the employee leave based on urgent operational reasons (dringende betriebliche Gründen).

Mothers and fathers who both work 25 to 30 hours a week may also enjoy 4 extra months of parental benefit. If they aren’t married then they have to at least share custody.

It is also possible that the mother and father after birth work part time for up to 30 hours per week and together each gets 14 months of parental money plus. After they could also take advantage of the partnership bonus. Single parents can also enjoy the new parental allowance plus but they instead get up to 28 months parental allowance unlike the 14 months for married couples.

Parents who have multiple births are entitled to parental benefits for each birth not for each child. Thus the new allowance of €300 per child per month.

The Hartz IV allowance will this year be increased by €8 to €399 a month. 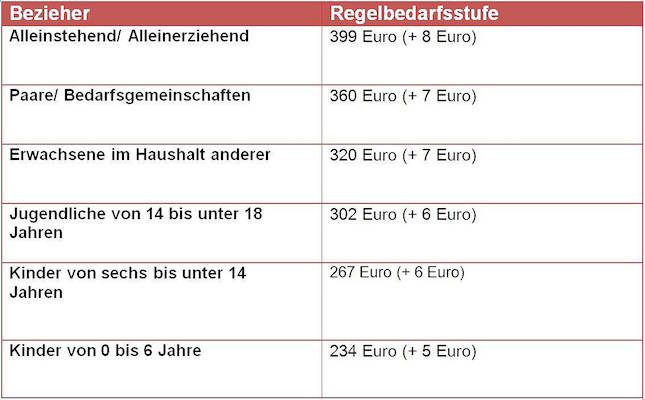 Move with your Local Number Plate

In NRW, you can move from one city without having to change your number and from this year, you can now move from one Bundesland to another with your old number plate. This has been the norm when moving from Hessen to Schleswig-Holstein but it will now include all 16 Bundesländer.

If you need to renew your TÜV in 2015, be ware of the new test program that is set to be even more rigorous than the current one. From the advanced adapter that will be used to test the inbuilt security system of the car to the new regulations to control the brakes.

New rules for first aid kits in the car

You might be forced to buy a new first aid kit for your car or acquire some more supplies to meet the new rules. As of January 2014, manufacturers have been required to produce the new first aid kits. The new kits that are made in accordance with DIN 13164. They should contain two wipes to clean the skin, as well as a 14-piece patch set.

Motorists therefore have no choice but to buy a new aid kit or buy a “supplementary package”. Some materials from older first aid kits may also continue to be used – provided that the expiry date has not yet been reached.

Driving around with the appropriate first aid kit will cost you a €15 fine.

In 2015, it will be cheaper to buy a valid ticket instead of evade paying your fare. The fine will increase from €40 to €60.

All train stations within the EU will be better equipped to allow blind and wheel chair users better navigate the stations on their own.

Coffee machines have to automatically switch off

This means that the function to keep the coffee warm, is terminated automatically after a specified period of time. Thus, energy and money will be saved.

Vegetable, fruit and food scraps will be collected and disposed of in separate organic waste containers (Biotonne). A common practice in municipalities that already have a compost bin, but a new introduction for all those who are yet to build such a collection system.

The famous “yellow bin” (Gelbetonne) should be replaced in 2015 by the “recycling bin” (Wertstofftonne).

A simplification for consumers because the new bin will not be exclusively for packaging material but also metal and plastics. Now even yoghurt cups and broken toys will go into the same bin.

This will be implemented mid 2015.

Whether drain cleaners, furniture polish or washing and cleaning products will have new warning signs from 1 June 2015. What was true since 1 December 2010 for products that have only one ingredient will now also include products with several chemical mixtures.

Commonly known hazard symbols will either get a new outfit or be replaced by new hazard pictograms. Thus, the famous ‘St Andrew’s Cross’ symbol will be replaced by three other icons that symbolize the type of danger.

Instead of the current black cross on an orange background, the new icon will now appear with a black cross in a white background with a red square as a border.

Furthermore, two words will be included on the package to indicate how dangerous the products really are. Instead of the usual “highly flammable” or “irritating”, the severity will now be indicated with “Caution” (for lower grades) and “Danger” (for higher grades).

The new symbols are based on the United Nations system for chemical substances and mixtures (the Globally Harmonized System, GHS). This is applied in the European Union for washing, care and cleaning products that must be labeled as dangerous.

Mixtures with the old labels cannot be on the shelves by mid-2017.
EU energy label on the Internet will be compulsory

From 1 January 2015, online retailers are obliged to include the EU energy efficiency label for all product groups in their stores. This is true for refrigerators and air conditioners as well as washing machines, lamps, dishwashers, dryers, vacuum cleaners, lamps and television. So far it is only required for online retailers to provide the information in text form. Inclusion of the complete label, will allow consumers to easily recognise, which is the best efficiency rating in a device group. As a result, online buyers can better assess how efficient a device is in comparison to others.

More information on the origin of packaged meat

Packaged meats will have to be labelled and more information provided on where the animal was born, where it was reared and eventually where we it was slaughtered. From April 1st, meat packaging should at the very least include the words, “Origin: Country X” (“Ursprung: xy-Land”).

However, those that buy fresh meat from the counter or from the butchery, will have to rely on and trust the butcher’s word.

Removal of the GM pollen label in honey

In producing honey, bees can be quite oblivious to the laws of the country/territory in which they produce their honey. One such case is the EU where in 2011, they had tried to regulate how much nectar from genetically modified could be used to make honey. The bees seem not to have gotten the memo and this made the regulation quite difficult.

The European Commission then decided to leave the bees in peace. Therefore from 24th June 2015, nectar will be considered part of the natural content of honey and not as an extra ingredient. Hence from mid this year, packaged honey will no longer have to include nectar (genetically modified or otherwise) in their list of ingredients.
New Food labelling requirements in stores

This came into effect on 13th December 2014 for food packaging but from January 2015, the same will apply for the food stores as well.

14 substances that cause allergic reactions most often need to be highlighted in the list of ingredients in packaged foods. All the required information will also have to be placed in a legible position on the packaging.

Information on nutritional value and calories on the composition tables in food packaging must meet certain requirements. Food imitations such as “analog cheese”, “meat glue” and substances used in the vicinity of the product must be named on the label. Ingredients in foods that are available in the form of engineered nanomaterials must be marked with the word “nano”. In addition, energy drinks will also get new warnings printed on the label. Lastly, all these will also apply to food being sold on the internet.
Indication of fishing equipment on fishery products

Already from the December 13th 2014 fish mongers in accordance with the Common Market Organisation fish (Regulation (EU) No. 1379/2013), had to inform consumers which device was used for fishing. A distinction is made for devices from the following categories:
– Seine nets
– Trawls
– Gill nets and similar nets
– Encircling nets and lift nets
– Hooks and lines
– dredges
– Pots and traps

Fishery products and their packaging that are declared before 13th December 2014 and which do not meet these requirements may continue to be marketed until stocks are exhausted.

For non-prepacked fishery products, the information may be posted on the sale of trading information such as billboards or posters.

Whether toys, baby or sporting goods, whether tool and bike handles or plastic shoes and Mousepad: For eight cancer-causing substances from the PAH (polycyclic aromatic hydrocarbons) group of  in these plastic and rubber products are from 27 December 2015 limits valid. Consumer products may then contain only 1 milligram (mg) per kilogram (kg) carcinogenic PAHs. With toys and childcare articles, a limit of 0.5 mg / kg per individual substance. These limits are always based on the product components made of plastic or rubber that come into contact with the skin or oral cavity.

The Sonderbeitrag of 0.9% that the employee had to pay for will also be done away with in this new year.

Pflegeversicherung will be increased by 0.3% from 2.35% to 2.6% for employees with no children. As always the employee and employer will half of it. However, for those with no kids, 0.25% they will have to pay for themselves.