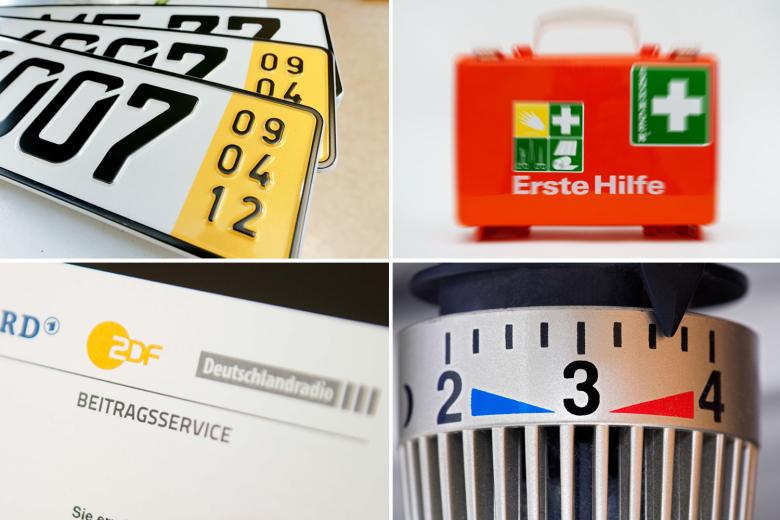 As sure as the temperatures in winter will drop, so will the regulations each month in Germany.

The overview of the new regulations for 2015 can be found here. Below are the regulations changing in April 2015. (READ: New Laws 2015)

Well, this is the most interesting. Instead of the monthly contribution of €17,98 per apartment/home, from April 1st, the fee drops to€17.50 . Also, the subsidized broadcast contribution will be reduced from €5.99 to €5.83 per month.

Postbank clients have to pay a fee for every paper transaction their make. Money transfer or deposit done using forms etc will now cost 99cents. Transactions made via phone or email remain free.

Packaged meats will now require a statement explaining where the animal was reared and possibly where it was slaughtered. This applies to both fresh and frozen meats.

The duration of the first aid courses has been reduced. For the driving licence, the courses have been dropped from 2 days to a single day. (Any of you did the course for 2days? I had mine for a single day, but hey, if they’ve reduced it….)

The new courses will be reduced from 16 hours to only 9 hours. According to the Verband der Deutschen Gesetzlichen Unfallversicherung (DGUV), the old courses were too theoretical.

Candidates can view each video five times before the question is shown. Once the question has been displayed, the video cannot be played again.

KFZ-Steuer no longer to be sent to the Finanzamt

From 1st March, the KFZ-Steuer was converted from a Bundesland contribution to a Federal one. With this new change, the local Finanzamt will no longer accept the cash sent in for the KFZ-Steuer. The new regulation will require that you send the money through the Hauptzollamt in your Bundesland.

Temporary number plates will only be issued for cars with a valid TÜV certificate or a car being driven to a nearby TÜV station to have the car tested and a new TÜV certificate issued.

To the farmers who keep dairy cows, the milk quota has been done away with. Farmers are now allowed to produce as much milk as they wish without facing any penalties.

To those willing to be green by installing solar panels in their homes, the government has made more money available for individuals, companies and institutions that invest in solar. You can get more info here.