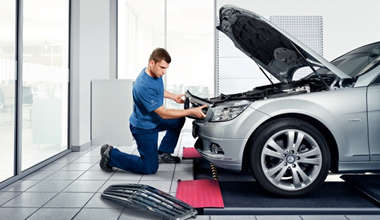 As sure as the sun will rise, the Germans will introduce new laws at the beginning of each new month. Here are the new regulations for August 2014.

Starting today, most professions will be introducing minimum wage renumeration. Hairdressers will now earn €7,50 in the West and €6,50 hourly. Gerüstbauer will earn at least €10 an hour.

For those working in the meat industry, the salaries will increase to €7,75.

The Maler and Lackierer also receive an increase: with an Ausbildung, it rises to €12,15 while for those without it gets to €9,90.

There will be revisions of some Ausbildungen.

The Weinküfer Ausbildung will now be Weintechnologe and will include advanced methods of producing wine.

The Klempner Ausbildung will also be reviewed but the name will remain the same.

SEPA becomes the official identification method for bank accounts and in money transfers. Read: All you need to Know about SEPA.

Those who are publicly insured, but haven’t been paying for their insurance and therefore incurred debt. The Säumniszuschläge will be reduced from 5% to 1%. This is to ensure they are able to pay for the incurred costs.

The price for prescription drugs will increase by 16% from today.

From August 1st, couples in partnerships will be regarded as married couples when it comes to their tax declaration.

From today those riding bicycles are allowed to use lights that use batteries. You no longer have to use dynamo powered lights.

RTL will be withdrawing their stations from the DVB-T transmission in Munich and Southern Bayern. In December 31st, this year, they will withdraw from the rest of the country.